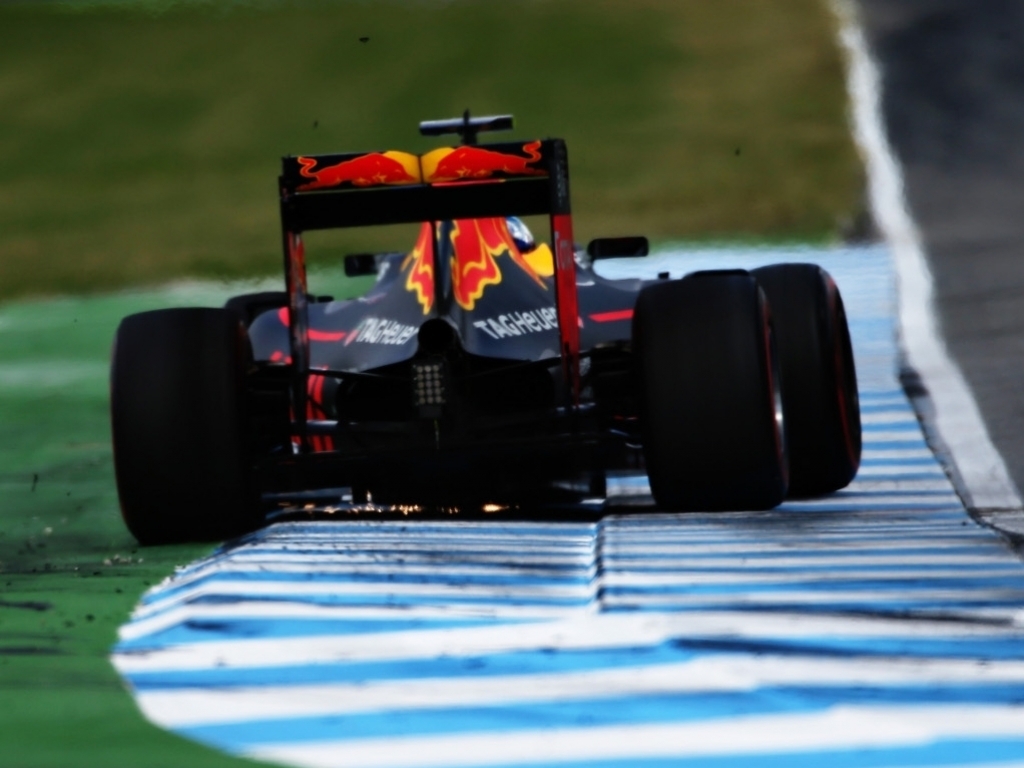 Christian Horner has urged Formula 1 to come up with a “simple” solution to track limits, adamant that different rules for different corners is not helping the sport.

The issue of track limits was highlighted in Germany where the rule was changed three times.

Ahead of the grand prix weekend it was declared that track limits would not be policed, but on Friday that was changed to a three-strike rule.

However, after some debate overnight, even that was changed as the usable limit for Turn 1 was extended.

Drivers and team bosses alike have voiced their displeasure over the continuously changing rules with Horner calling for a “simple” solution.

“I think the problem is that you can’t take it corner by corner,” said the Red Bull team boss.

“My frustration is: come up with something that’s simple, and there’s a white line that goes all the way around the circuit, so one very easy way of dealing with it is that, if you have all four wheels over that line, you’re out.

“In other sports it seems to work, be it with a ball or a foot or whatever it may be, but there’s a reluctance to have done that, which is fair enough.

“[But] if there’s a reluctance to do that, then you have got to allow the drivers to use what is there rather than saying you can have one rule for Turn 1 and another for Turn 17.

“That’s too confusing for us within the paddock, let alone for the fans.

“To say, ‘He’s a bit out there, but he’s a bit more out there’, to me isn’t clear, so either come up with something simple or let them [the drivers] do what they like.”