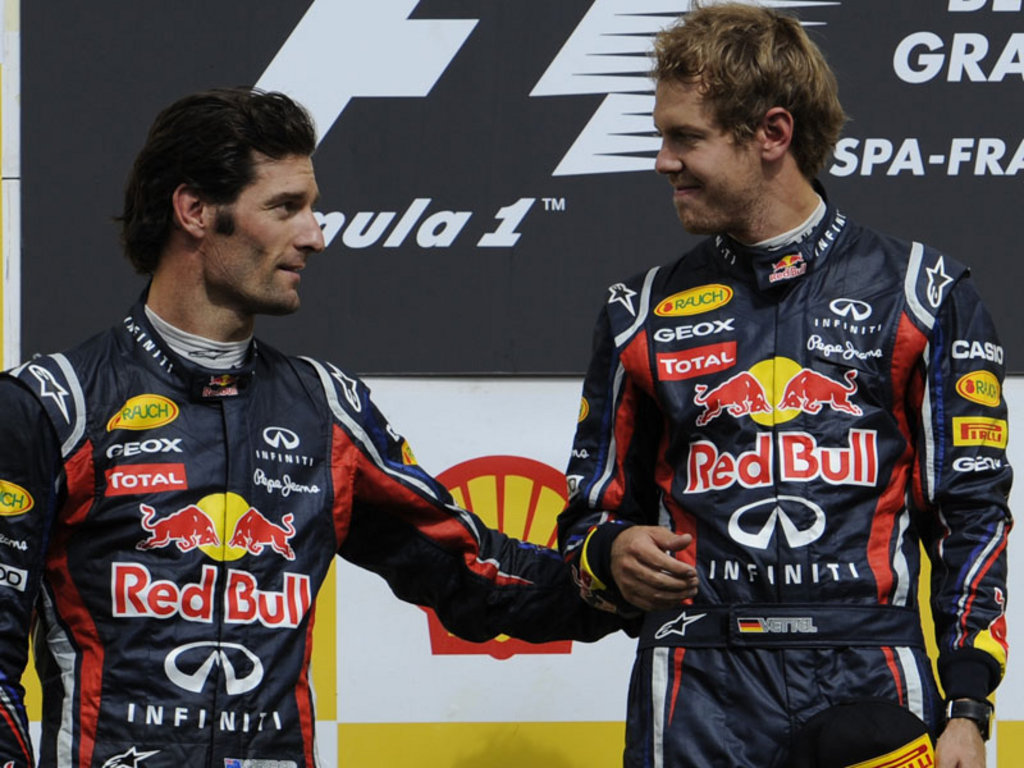 The duo will remain team-mates at the Milton Keynes-based squad next season after Webber signed a new one-year deal with the team in August.

Horner says it was a “no-brainer” to extend the relationship as it gives them a “very strong pairing”.

“Mark is a very tough competitor. He pushes Sebastian very hard. They are both at different stages of their careers. And it is a very good balance to have within the team. Therefore it was no-brainer to further the relationship for another twelve months,” Horner told German press agency dpa.

The Red Bull boss was full of praise for Vettel ahead of this weekend’s Singapore Grand Prix.

Vettel can become the youngest double World Champion at the Marina Bay Street Circuit if results go his way. He will start the weekend with a 112-point lead over Fernando Alonso in the Drivers’ Championship following eight wins in 13 races.

“He has put everything together incredibly well so far this year. His consistency has been remarkable. And he just continues to grow stronger and stronger,” Horner said.

He added: “In many respects, defending the title is more challenging, because the expectation rises and suddenly you going from hunting to be the hunted. So I think, it is one thing getting there, it is another thing staying there.

“In 2011 Sebastian has the benefit of more experience. He learnt a lot from last year’s campaign. It is easy to forget how young and how relatively few Grands Prix he has done. I think this year, he has put everything together so far tremendously well and achieved a phenomenal run of results, which has been richly deserved.”