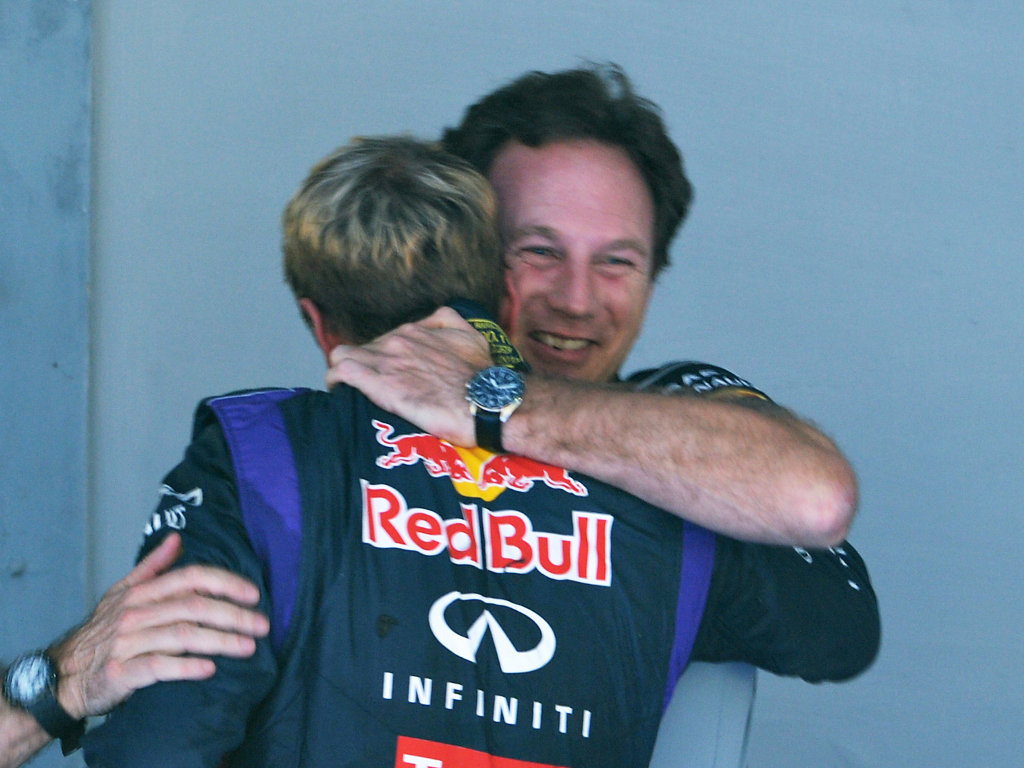 Christian Horner is confident he won’t lose Sebastian Vettel to a rival team after yet another display of Red Bull’s supremacy….

Christian Horner is confident he won’t lose Sebastian Vettel to a rival team after yet another display of Red Bull’s supremacy.

The 26-year-old wrote his name in Formula One’s history books on Sunday when he became only the fourth driver to win four World titles and only the third to win them consecutively.

However, he stands alone as the youngest ever to have achieved that feat and the only one to have done so in the first time of asking.

But Vettel’s dominant showing didn’t stop there as Sunday’s victory in the Indian GP was also his sixth race win on the trot.

And with those sorts of numbers coming through, his team boss doesn’t see a reason why Vettel would ever want to look elsewhere despite continued reports that Ferrari could be in his future.

“Every driver in the pit lane would like to be in one of our cars at the moment,” Horner said.

“Sebastian enjoys driving for the team, has grown up with the team, why would he like to be anywhere else?

“Of course, there’s no guarantees. But it’s not about contracts, it’s about relationships.”

Horner hailed his driver as “one of the all-time greats”, joining Juan Manuel Fangio, Alain Prost and Michael Schumacher in an exclusive club.

“For Sebastian to have joined the illustrious names of Fangio, Prost and Schumacher is an incredible achievement, especially at such a young age, and it’s a privilege to work with him.”

However, Red Bull’s success didn’t stop there on Sunday as the team also secured their fourth successive Constructors’ crown.

“An enormous day for the team to have won its fourth consecutive Constructors’ World Championship.”

He added: “You can have the best driver or the best designer in the world, but if you don’t work as a team it will never work but then without Sebastian, of course we’d not have won four consecutive titles.”