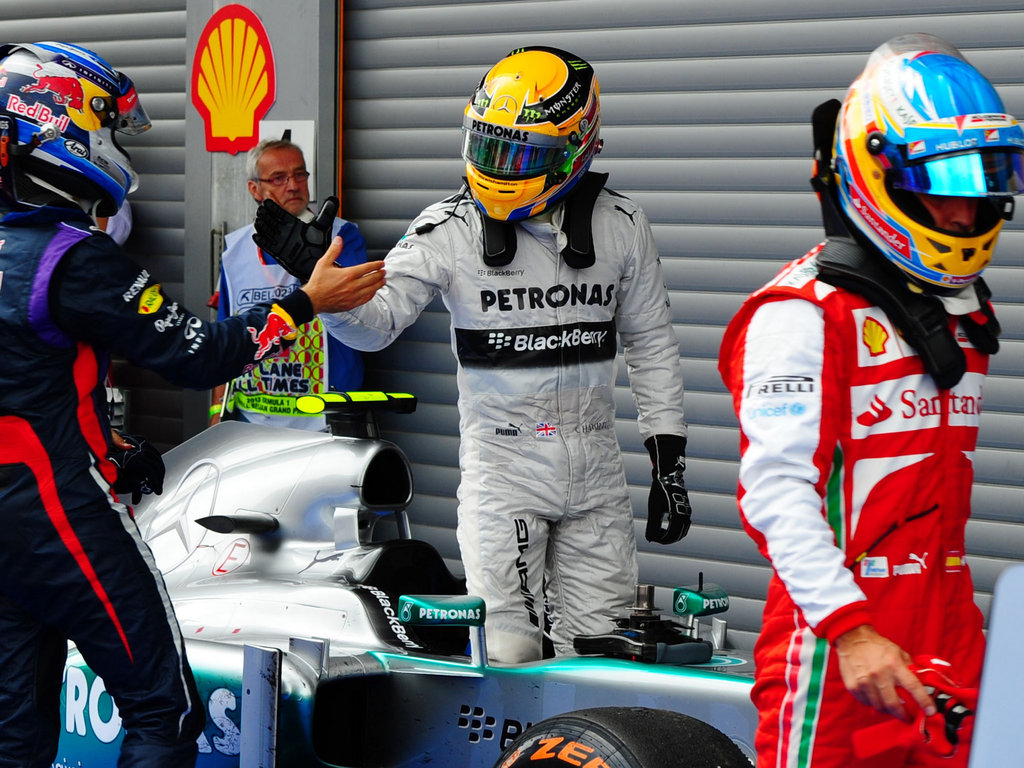 Christian Horner won’t write off any of Sebastian Vettel’s rivals but reckons the trio on the Belgian GP podium are the most likely candidates.

Vettel extended his advantage at the top of the standings on Sunday when he claimed the victory at Spa, his fifth of the season.

The German, who is bidding for his fourth successive Drivers’ title, now holds a 46-point advantage over Fernando Alonso, who was runner-up on Sunday, while Lewis Hamilton is third, a further 12 off the pace.

Sunday’s biggest faller in the title race was Kimi Raikkonen, who failed to see the chequered flag and as a result dropped from second in the standings to fourth.

He’s now 63 points behind Vettel, however, Horner says he won’t write off the Lotus driver or any other rivals either.

“I don’t think you can write anybody off,” the Red Bull team boss told BBC Sport.

“Obviously Kimi has had a bad day, but he is still in there and Lewis and Fernando as well.

“At this point there are still a lot of points available.

“But you’d probably have to say the [drivers on the] podium [in Spa] would probably be the main contenders between now and the end of the year.”