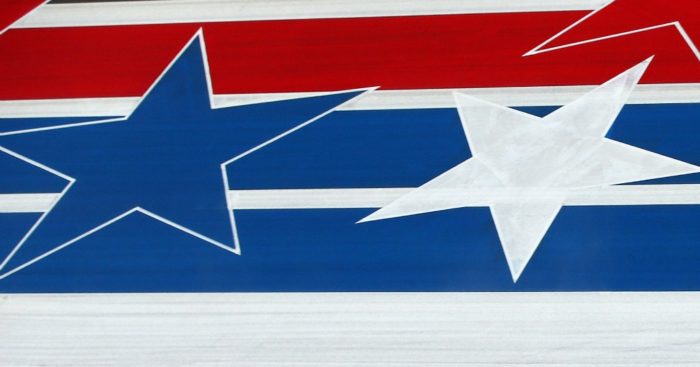 A combination of bad timing, dwindling attendance figures and a controversial final race at the Brickyard circuit in Indianapolis all contributed to the collapse of Formula 1 in America, and it came as no surprise when the track owners revealed they had not reached a new agreement with Bernie Ecclestone to continue hosting the race from 2008 onwards.

However, the demise of the Indianapolis race, created the opportunity for a new vision to come to life.

Plans for a street race in New York never gained any traction, while the Monticello Motor Club, also in New York, tried its luck by applying for hosting rights. Yet it was Austin, Texas that had the American dream to reconnect Formula 1 with the masses.

That dream soon started to become a reality. On May 25, 2010, an historic 10-year deal was announced for Circuit of The Americas – the first track in the United States to be purpose-built for Formula 1 – to become the new land of opportunity in the U.S. for the pinnacle of motor racing.

And to help do it right, esteemed track architect Hermann Tilke, designer of 13 circuits to have hosted a Formula 1 race, was brought on board to create a racetrack like no other.

The 20-corner, counter-clockwise circuit would provide 3.4 miles of pure racing joy. Inspiration was taken from the incredible Maggotts-Becketts-Chapel sequence at Silverstone, the U-bends at Hockenheim and the famous Turn 8 in Istanbul which is still missed by many drivers to this day.

But Circuit of The Americas also produced its own signature corner: a jaw-dropping 133-foot hill which stands tall and mighty, staring the drivers dead in the eyes at the very first turn.

The track was christened in 2012, in true American style as the legendary Mario Andretti dusted off his World Championship-winning Lotus 79 for the ceremonial first laps a month before the inaugural F1 race at COTA, when it would make a lasting impression on the Formula 1 big-hitters.

But good shows have ultimately led to great ones, with Circuit of The Americas providing more than its fair share of memorable Formula 1 races since that first incredible weekend.

The 2012 opener in Texas provided an epic duel between Lewis Hamilton and Sebastian Vettel in a scene reminiscent of their old Formula 3 days, playing an integral part in why that season as a whole was regarded as one of the best in recent times. Ultimately, Hamilton – then driving for McLaren – came out on top to clinch his first victory in Austin.

2013 saw Vettel carry out the perfect revenge act, setting a then new Formula 1 record for most consecutive wins within a single season (8) with his victory at COTA.

The historic moments at Circuit of The Americas continued to come thick and fast, as a year later Hamilton’s 32nd career win saw him pull clear of Nigel Mansell as the most successful British driver in Formula 1 of all-time.

The following year, Hamilton then had what he described as the “greatest moment of my life” when he won an action-packed, rain-affected classic to clinch a third World Championship title, fighting off his great rival and teammate Nico Rosberg in the process. Everything’s bigger in Texas, and they don’t come any bigger than that a wet and windy race in Austin.

Hamilton’s illustrious legacy became forever immortalised at Circuit of The Americas last year, with the Brit racking up his 50th career win and moving level with the great Michael Schumacher for most United States Grand Prix wins (5).

However, COTA is more than just a Formula 1 circuit. Since the start this new era of motorsport in the U.S. in 2012, Circuit of The Americas has now played host to a plethora of major racing and entertainment events including ESPN’s X Games, MotoGP, the FIA World Endurance Championship and IMSA WeatherTech SportsCar Championship.

COTA has also become a home to some of the world’s greatest entertainers. Indeed, its ability to attract world famous music acts cannot  be understated. The likes of Willie Nelson, Nine Inch Nails, Kanye West and Drake have all packed out the Austin360 Amphitheater – the largest permanent outdoor amphitheater in Central Texas – located in the heart of the circuit’s sprawling complex -– over the years.

COTA has successfully fused its aforementioned sporting and entertainment expertise to incredible effect during the F1 weekend itself. The 2016 USGP saw the circuit build its Super Stage for the first time during the Grand Prix to host two major concerts by Taylor Swift and Usher & The Roots. Indeed, Taylor Swift’s concert – her only live performance of 2016 – helped draw a record crowd of 90,000 on the race Saturday, which in turn contributed to the best-attended race weekend in Austin since Circuit of The Americas came to life in 2012.

This year, COTA is building on this success with international superstar, Justin Timberlake, performing on the Super Stage after Saturday’s Qualifying followed by one of the great icons in music, Stevie Wonder, who will be closing out this spectacular race weekend a day later.

Since 2012, Circuit of The Americas has put the United States Grand Prix back on the map again and is set to continue to uphold the integrity and prestige of Formula 1 – as well as the sport’s continuing growth – in America for many years to come.