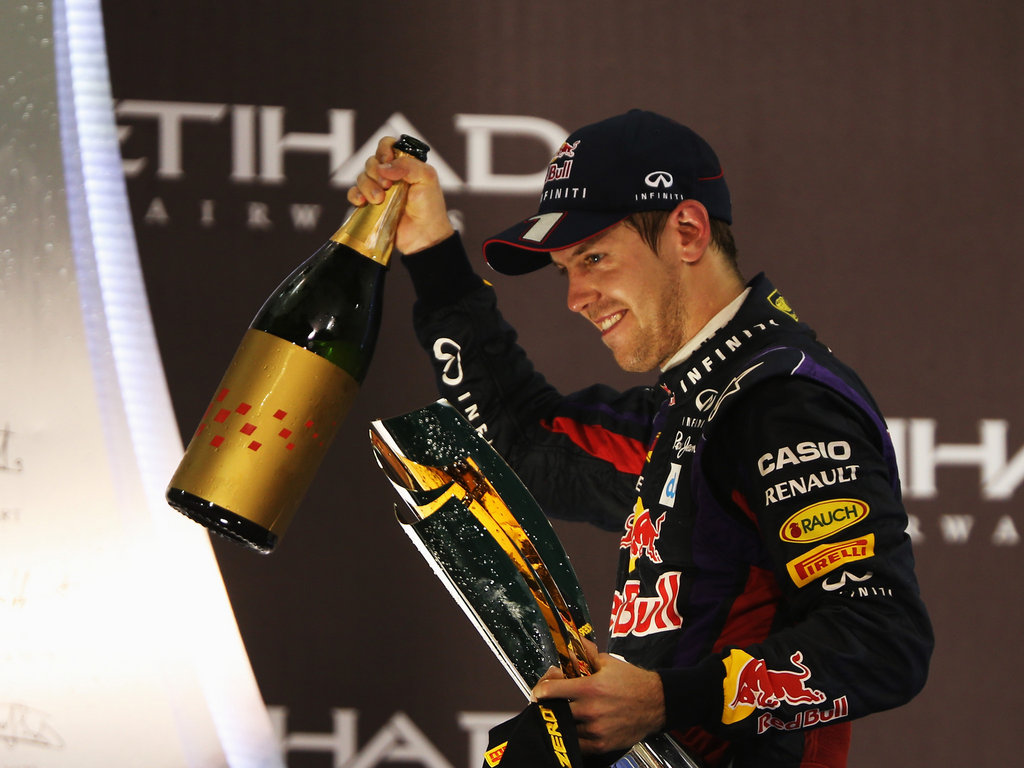 This is all getting a little predictable. Red Bull’s German Formula 1 driving ace Sebastien Vettel has done it again, securing yet another Forumla 1 Driver’s Championship title in emphatic fashion, with races in hand before the season’s end.

Last weekend’s victory at the Abu Dhabi Grand Prix notched up the 100th podium of the Red Bull team’s short existence – a milestone reached at the height of an unprecedented spell of dominance from a new manufacturer.

What must be especially frightening for Vettel’s fellow F1 drivers, is that the German easily outstrips not only those in other machines, but also his Australian Red Bull colleague, Mark Webber. This begs the question, just how long can Vettel stay at the top, and is there an end in sight?

A season of dominance

At Abu Dhabi, Vettel dough-nutted in delight after crossing the finishing line in first place. He had every right to show his emotion in this way – he’d just equalled the legendary Michael Schumacher’s record of seven consecutive Grand Prix wins, surely writing his own name indellibly into the annals of Formula 1 history.

If he manages to pull off wins in the two remaining races of the year in Austin and Brazil, he can lay claim to the auspicious distinctions of equalling Alberto Ascari’s record of nine consecutive wins and Schumacher’s record of thirteen wins in one year.

Vettel’s healthy prospects of equalling these records hammer home the fact that this season has featured a champion as dominant as the world of F1 racing has ever seen. That’s not to say there’s any lack of talent lining up alongside Vettel on the grids of the world’s finest race tracks; the likes of Mark Webber, Kimi Raikonnen, Nico Rosberg, Lewis Hamilton and Jenson Button all know their way around a racecar. Quite simply, Vettel is a special driver.

Looking ahead to next year

In light of Sebastian Vettel’s sustained dominance of the Grand Prix circuit over 2013, it’s hard to envisage another driver taking his crown in 2014 and he remains the hot favourite with the bookmakers – check all the latest odds at The Greek Sportsbook.

However, all great winning streaks in sport must come to an end, and Vettel’s will be no exception.

Looking to challenge in the new year will be Vettel’s new team-mate Daniel Ricciardo, who is to step into the sizeable shoes of Mark Webber for the new season.