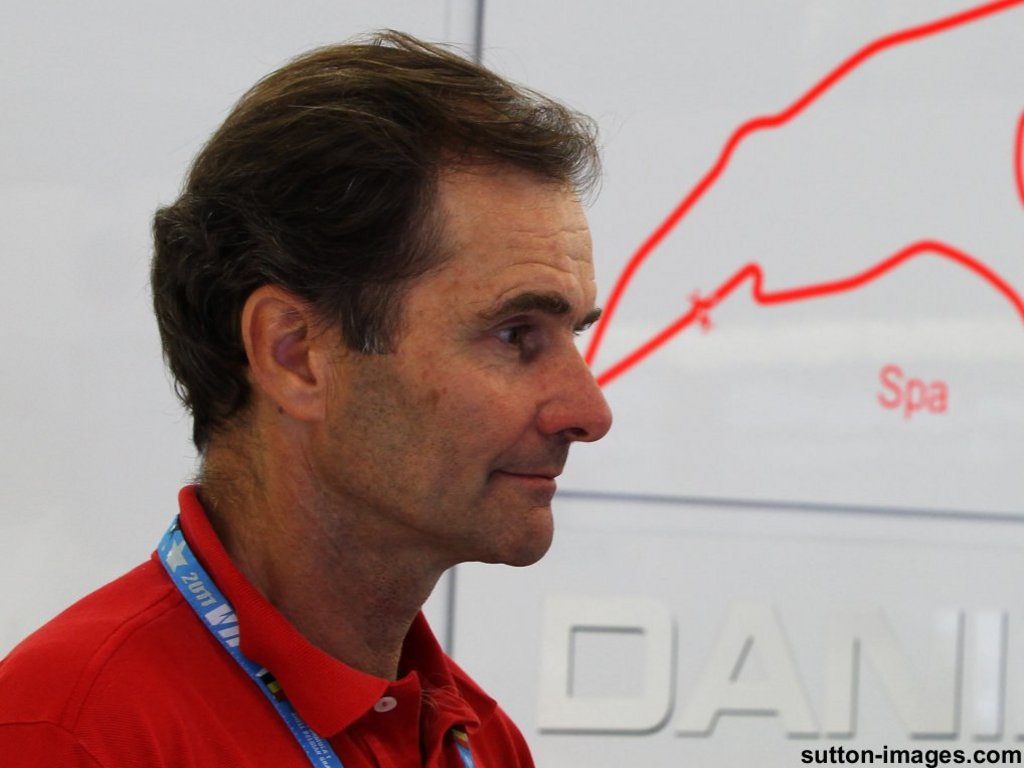 Luis Perez-Sala, HRT’s new team principal, admits that the team will struggle to have their 2012 challenger ready for pre-season testing…

Luis Perez-Sala, HRT’s new team principal, admits that the team will struggle to have their 2012 challenger ready for pre-season testing.

The team has failed to make pre-season testing during their first two seasons in Formula One, with the F110 and F111 both debuting during practice at the season-opening GP.

The Spanish outfit are once again facing a race against time to have their 2012 model ready for pre-season testing.

“We are going to try but it will be hard, that’s the reality,” Perez-Sala told Autosport of the team’s chances of testing.

“What has changed this year is that you have to pass the crash tests before running and that makes it harder. We are going to try. But what you try and what you achieve are two different things. I’ll tell you when we are in Melbourne. We are going to try, that’s for sure.”

If a new car is not ready for testing, the team may use this year’s car in the pre-season so that their drivers have laps under their belt heading into the new season.

“It’s a possibility. Maybe. If we don’t make it with the new car we may do it to give some track time to the drivers, but it’s something we are not thinking about because right now we are planning to make it with the 2012 car,” he explained.

HRT have confirmed Pedro de la Rosa as one of their pilots for 2012, but are yet to name their second driver.

Following his axing by Renault, Vitaly Petrov has been linked with a position at HRT and the financial clout that the Russian brings will certainly be appealing to the team, with Perez-Sala admitting that the team needs the extra money.

“Yes. We are a small team and we need to cover the budget as best as possible. I would like it to be different, but at the moment we don’t have a choice. We hope to change that over time, but at the moment we need the support,” the Spaniard said when asked if the second driver needed to have financial backing.

However, the team now have another intriguing option in Jaime Alguersuari who fits in with their efforts to increase the Spanish presence within the team. The 21-year-old was surprisingly dropped by Toro Rosso after it had initially appeared that he would remain with the team.

“The thing is that it has taken everybody by surprise,” explained Perez-Sala.
“Nobody expected it. I wouldn’t have bet anything on that happening. So we are in pretty advanced talks with other drivers. Until everything is done I don’t want to say anything, but it’s going to be difficult.”