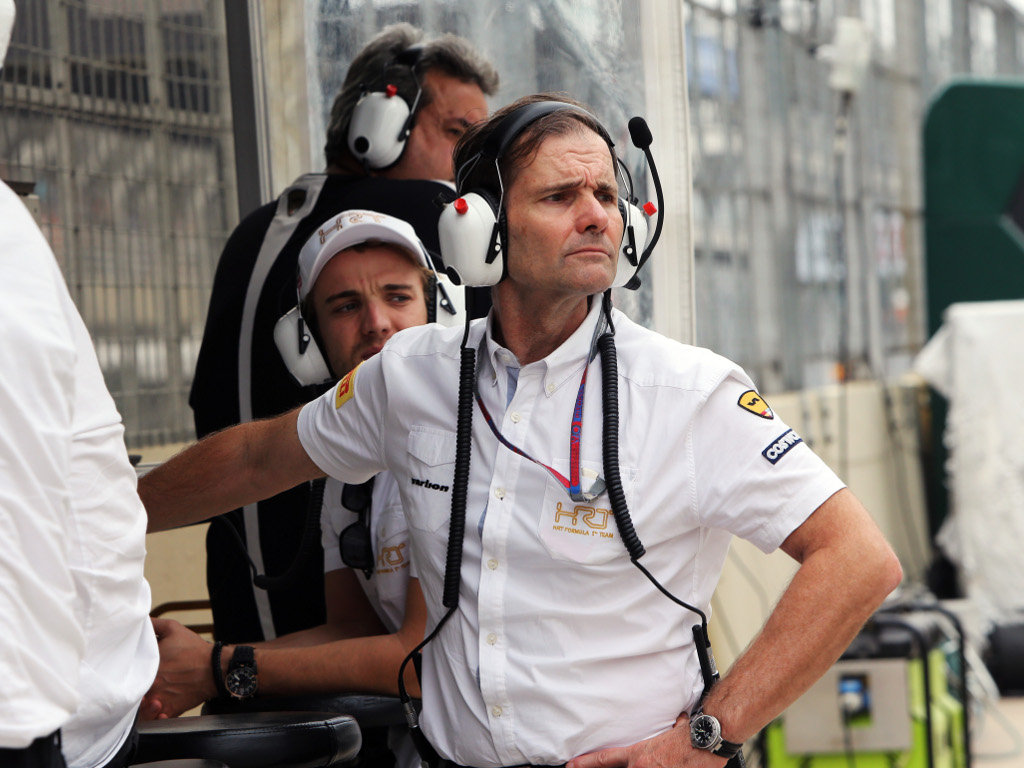 What could be HRT’s final grand prix in Formula One ended on a quiet note on Sunday as Pedro de la Rosa and Narain Karthikeyan were 17th and 18th.

Put up for sale earlier in the month by investment group Thesan Capital, the HRT F1 team’s future is in doubt as a buyer has yet to step forward.

However, HRT did not exactly put their best wheel forward in the season finale on Sunday as while rivals Caterham and Marussia were 11th and 12th, de la Rosa and Karthikeyan were 17th and 18th and a lap down on their fellow newcomers.

There was little mention, though, of the significance of Sunday’s race when team boss Luis Perez-Sala handed down his assessment.

“The changing conditions made it quite challenging out there and both drivers stayed fully focused from the beginning to the end and put in a fantastic performance,” he said.

“The work that all mechanics and engineers did in the garage was also very good and both cars got to the checkered flag, which is the best way to finish this long, tough but rewarding season.

“I am really proud of every single team member, without whom this season wouldn’t have been possible.

“But also thank our sponsors, partners and fans alike for their continuous support.”