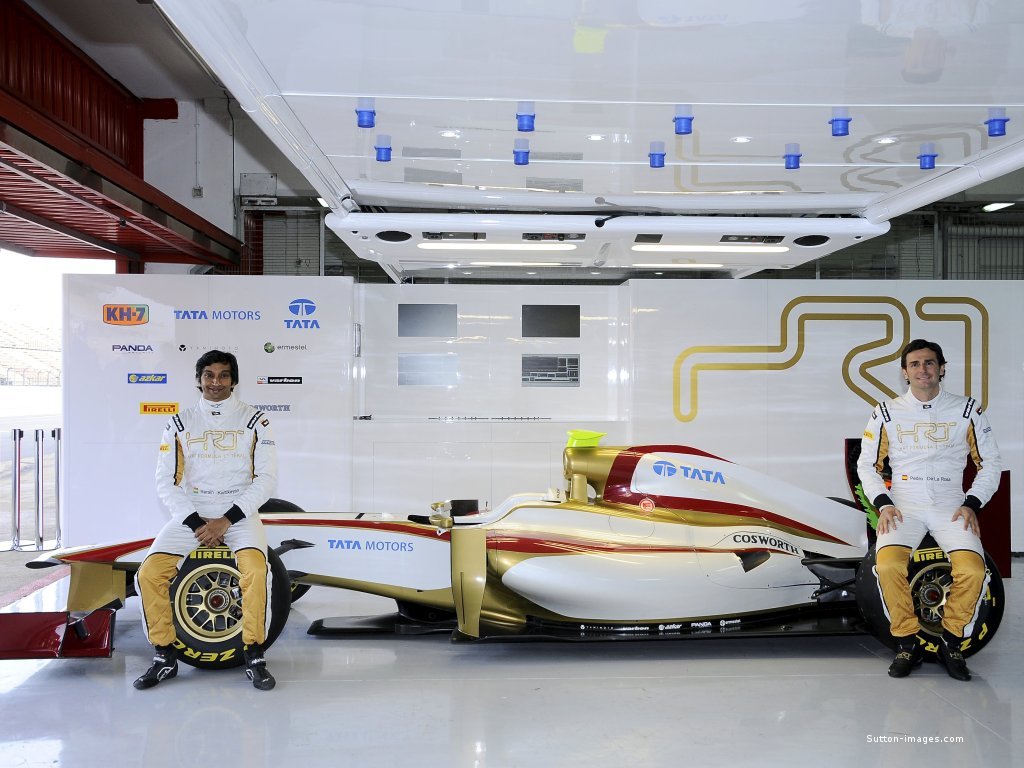 HRT have finally introduced their 2012 challenger, with Narain Karthikeyan giving the F112 a run on old tyres during a filming session on Monday…

HRT have finally introduced their 2012 challenger, with Narain Karthikeyan giving the F112 a run on old tyres during a filming session on Monday.

Having failed to make it to last week’s final round of pre-season testing, the team were in danger of heading to the season-opening GP without getting any laps done with the new model.

However, the Spanish team managed to get ten laps under their belt at Circuit de Catalunya in Barcelona during a “filming day”.

Team principal Luis Perez-Sala paid tribute to the hard work done by the team to get the car on track.

“Today I am very satisfied and is a very important day for us because we have done some testing with the new car during this promotional time,” he told the team’s official website.

“I am very proud of each and every one of the members of this team because all have contributed their bit to make this possible. Now we must focus on Australia because we still have much to do.”

Karthikeyan asserted that the F112 is a definite improvement on previous models.

“Today was a shakedown of the F112 and I have had the honour to be the first driver to test it. The first impressions are quite good; it’s definitely a step up from last year,” he said.

“We couldn’t do any set-up work or stuff like that but everything seems to be working fine and there are no major problems so we can look forward to the season now.

“Everyone has worked hard and the new team management has put everything together in a very short period of time. They’ve done a proper job with the car and I’m sure that it’s a big step forward from last year, so hopefully we can take the competition to the teams we were fighting last year”.