Home Uncategorized ‘HRT must not worry about Marussia’ 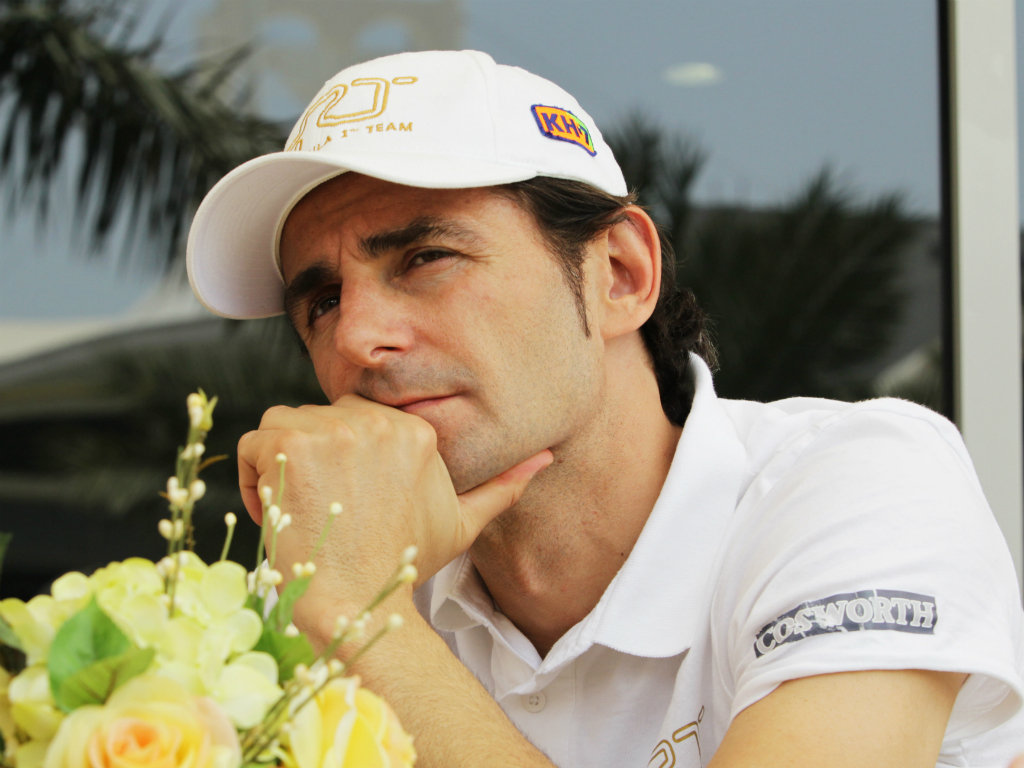 Pedro de la Rosa says his HRT team should not bother trying to catch Marussia but rather focus on improving at every race.

Having failed to take part in pre-season testing, HRT again started a season on the back foot, which has been apparent in their results.

The team is undoubtedly the slowest on the grid with the Marussia duo just ahead while Caterham – the third of the three new teams – has pulled away from the chasing duo.

However, de la Rosa says HRT should not worry about those ahead but rather focus on their own performances.

“The target is to improve race by race and forget a bit about Marussia,” de la Rosa told Autosport.

“We have to think about ourselves and know where we are starting from, and improve from there without stopping, regardless of what the others are doing.

“The others will continue to move forward too, but I’m confident. We have a bigger team, we are going to grow, but we have the tools to fight. It’s going to take time.

“It’s not a matter of having a base and you can tell right away on track. But in the middle-term you can say that the Caja Magica will make us faster.”

He added: “We are very far and we have to focus on ourselves. We have to forget about the others because nowadays in Formula 1 you can say there is no midfield, because anybody can win.

“And that puts us further away from our closest rivals, but it also makes us realise that we need to forget about them and focus on ourselves because we have enough on our plate.

“Then when we are more competitive we will aim for bigger things, which is why we are always calling for patience.”

The Spaniard, though, reckons HRT are on course to achieve the goals laid out at the start of this Championship.

“I think we are on target. We are meeting our goals and we now depend on ourselves to keep this direction.

“We have to keep going forward, keep improving.

“Each tenth is going to be harder to get because you have to be smarter and spend more hours in the windtunnel, etc, to make the car faster.”