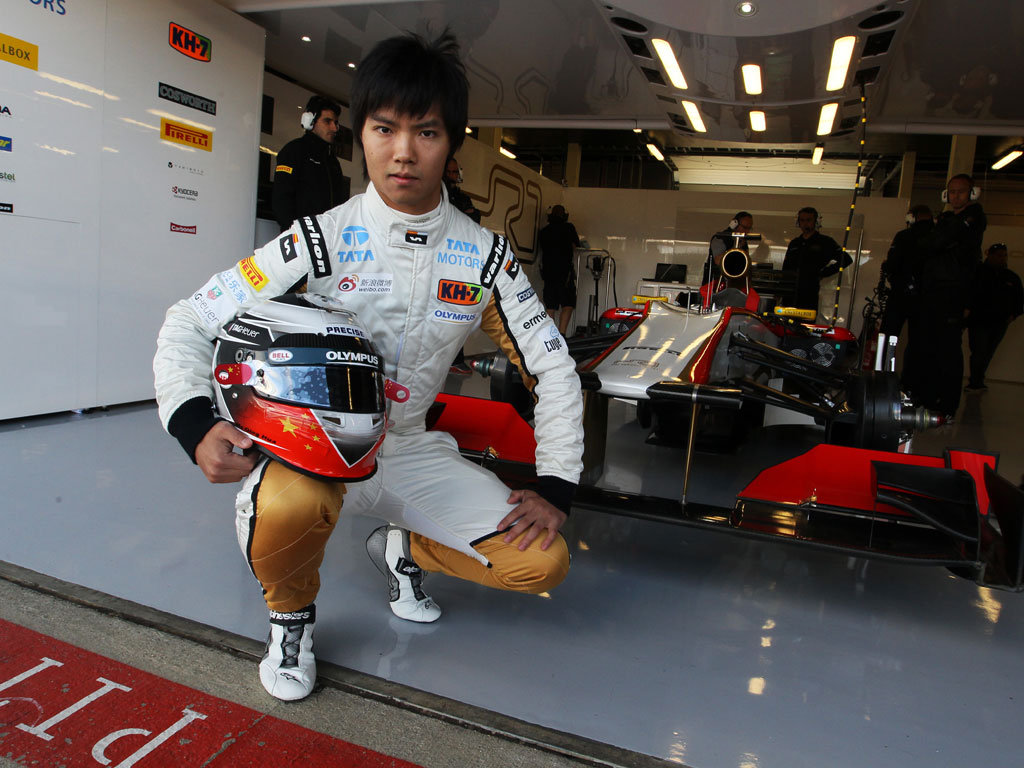 Ma Qing Hua will become the first Chinese driver to take part in a grand prix after HRT confirmed he will be in action at Monza.

The 24-year-old, who secured his FIA super licence following the young driver test at Silverstone in July, will replace Narain Karthikeyan behind the wheel of the F112 during first practice at this weekend’s Italian Grand Prix.

Qing Hua hopes this is the start of a long Formula One career for him.

“This is a very important step towards my dream of becoming a Formula 1 driver. It will be my second time in the car, after the young driver test in Silverstone, and I’m very excited about driving at a circuit like Monza,” he said.

“The objective of this session is to continue advancing with my programme, rack up more miles and experience at the wheel of an F1 car and help the team with whatever they need.

“I’m excited but also calm about it because I’ve been training hard in the past months to be prepared when the opportunity presented itself.

“I’ve also worked on the simulator to get to know the circuits a bit better and how a Formula 1 car reacts.

“In the last months I’ve been with the team at grands prix I’ve also learned a lot from the engineers and my team-mates, who have shared information and their experience, which will be very useful.

“It will be the first time that a Chinese driver takes part in a Grand Prix and that, for Chinese motorsport, is another huge stride and a fantastic opportunity.

“I want to thank all the people who have supported and helped me to get here. I won’t let them down.”

“Personally, it fills me with satisfaction to be able to give Ma the opportunity to make his debut at a grand prix,” he said.

“Since we started working with him in March everything has been very quick but he’s responded and overcome every phase accordingly.

“He’s fulfilled our expectations without making any mistakes and has proven himself as a quick and safe driver with a great capability to adapt.

“Without a doubt, this is a very important step which comes with great responsibility, but we consider that he’s prepared to take it on.”