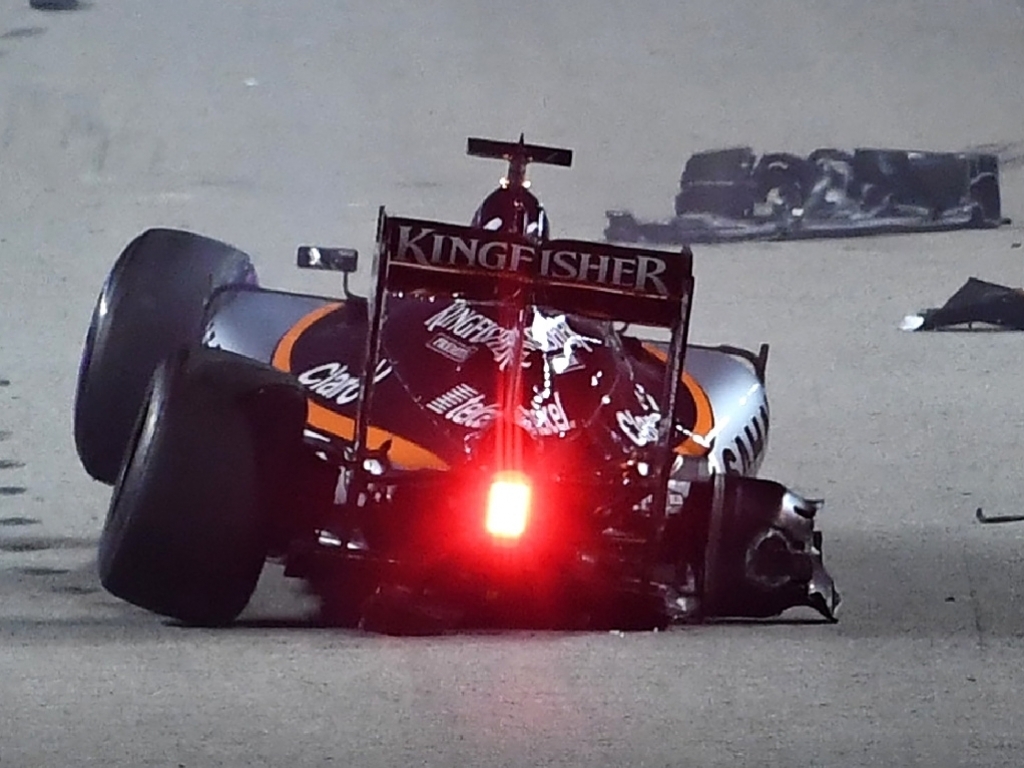 Although frustrated by his retirement from the Singapore Grand Prix, Nico Hulkenberg concedes it was nothing more than a racing incident.

Fighting for position off the line, Hulkenberg made a great start to find himself sandwiched between the Toro Rossos.

That resulted in contract with Carlos Sainz, which sent the Force India spearing into the pitlane wall.

With his car badly damaged, Hulkenberg was out of the grand prix, a point-less Sunday in Singapore.

“We did get off the grid but just not very far,” he said.

“I had a really good start, probably a worst start would have been better in this case.

“I went for the gap but got sandwiched by the Toro Rossos.

“Had contact as Carlos hit me on my rear left with his front which turned me into the wall.

“Pretty frustrating as today could have been a good Sunday.”

The German, though, was quick to state that the accident was nothing more than a racing incident.

“Pretty much,” was his reply when asked whether it was a racing incident. “I don’t think it is intent that early when the cars are taking off, accelerating.

“No intention, just racing but it is frustrating.”