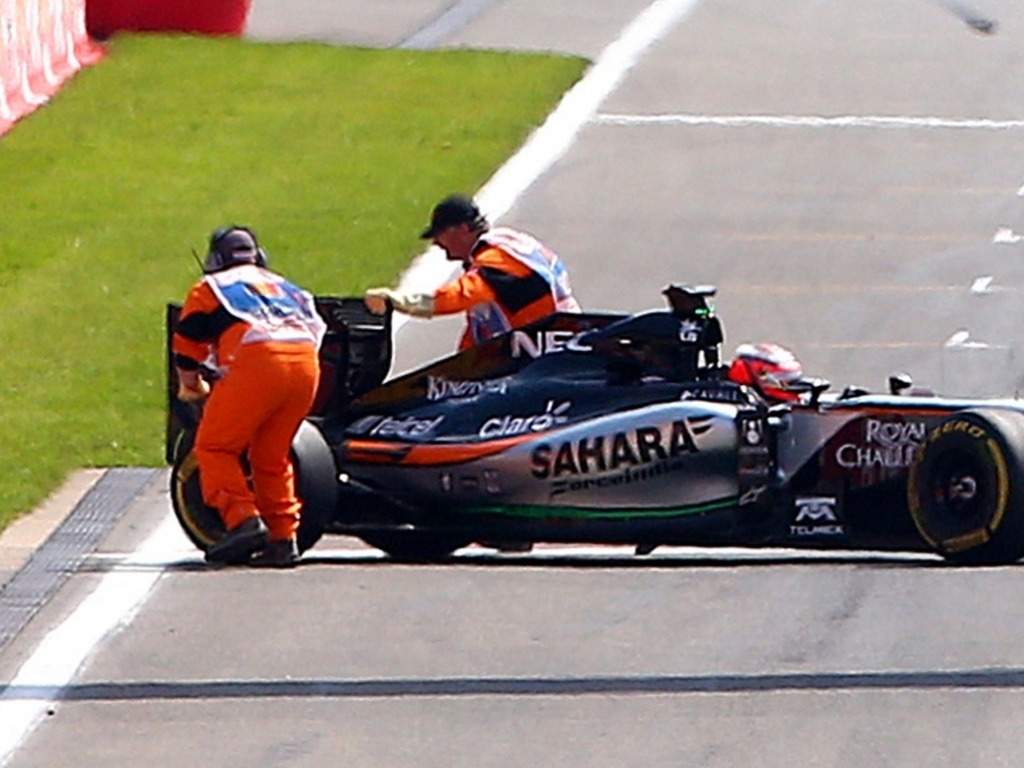 Nico Hulkenberg was disappointed when his Belgian GP came to an end before it had even begun.

The Force India driver had hoped for a strong showing at Spa on Sunday but it all came to naught before the lights even went out.

His VJM08 lost power on the formation lap and although he took his place on the grid, his car was soon being pushed back into the pits by the marshals.

"It's disappointing to finish your race before it's even started, but sometimes these things happen in racing," he said.

"On the way to the grid I just felt a loss of power. We tried to understand and fix the problem on the grid, but it came back during the formation lap.

"There were a few moments when the power returned, but it disappeared again just before the start and I had to retire."

Hulkenberg's disappointment was compounded by the fact that Force India had a good car at Spa, which allowed his team-mate Sergio Perez to claim fifth place.

The German added: "It's a real shame because the car has been very quick this weekend and we had a good opportunity to score some important points."