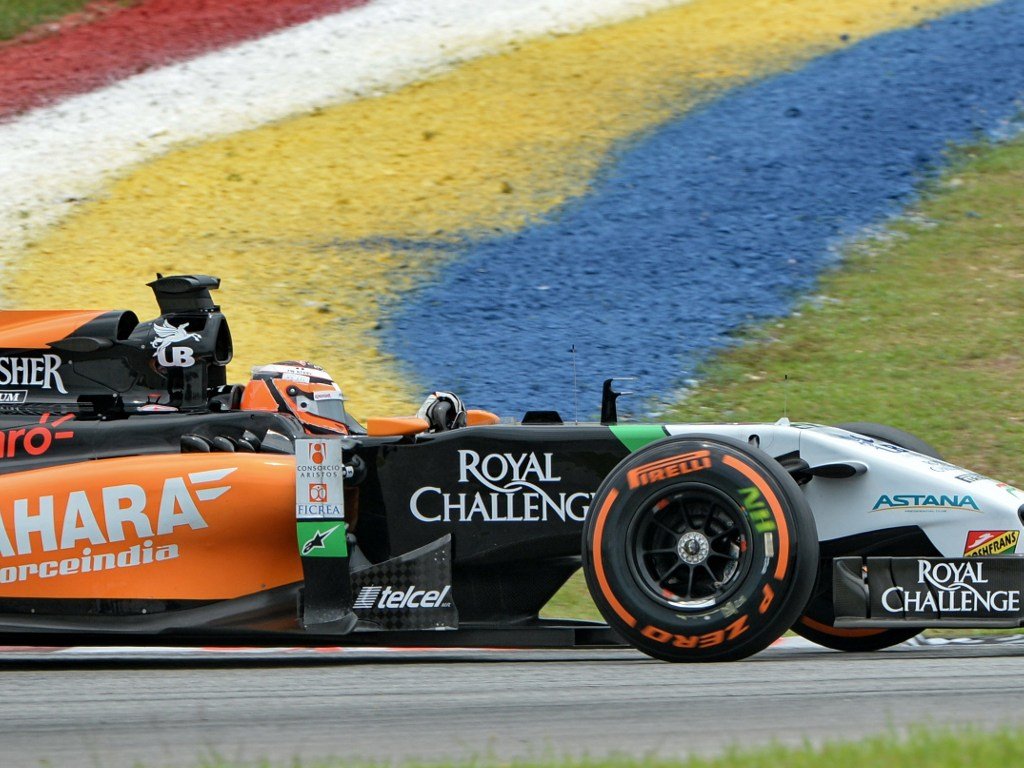 Nico Hulkenberg concedes there was no way to keep Fernando Alonso behind as his strategy meant his tyres were a lot older in the final laps at Sepang.

The Force India driver was one of just two to adopt a two-stop strategy in Sunday’s Malaysian GP.

This gave the German the advantage over Fernando Alonso towards the end of the race, however, in the last few laps he was a sitting duck on his old tyres.

With Alonso racing up behind, he easily took fourth place with just four laps to go.

Not only was the Force India driver unable to fight back but he lost 11 seconds to the Ferrari in the final four.

“After the start, I was in a nice comfortable position so it was easier to manage the tyres and fuel which was good,” Hulkenberg told the BBC.

“Alonso was eating me alive but I knew there was no way to keep him at bay.”

He did, however, finish ahead of both McLarens and Williams despite expecting them to have the better pace on Sunday.

“I was expecting McLaren and more so with Williams that they would be all over me but we performed very well.”

As for his return to Force India after a year with Sauber, Hulkenberg says it has gone well and he hopes to continue building with the team as they chase their third successive points-haul in Bahrain.

“It’s been a really smooth transition [going back to Force India] better than I thought to be honest, it helps knowing people and I love the guys.

“They all look after me and every now and again I will try to give them points and it seems to work so far.

“The aim in Bahrain must to carry on and get some more points.”