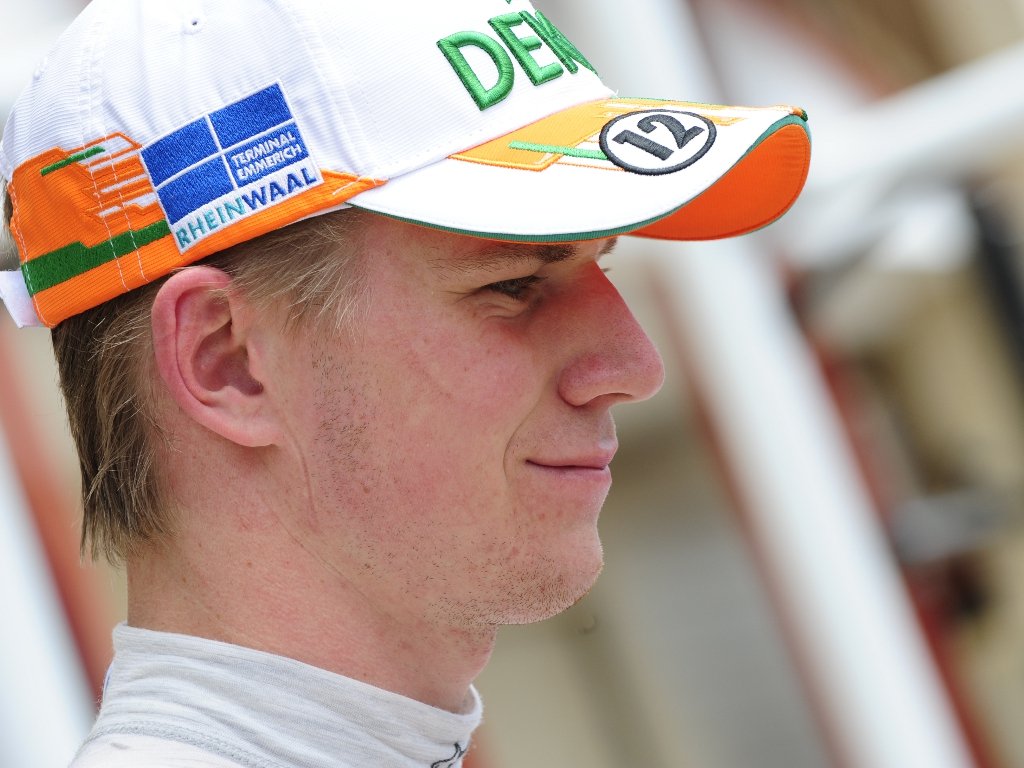 Having finished second in Practice Two, Nico Hulkenberg says a top ten qualifying position must be his goal for the European GP…

Having finished second in Practice Two, Nico Hulkenberg says a top ten qualifying position must be his goal for the European GP.

The Force India driver clocked a 1:39.465 on Friday afternoon at Valencia, finishing the session 0.131s down on pace-setter Sebastian Vettel.

It was an impressive showing from the German who now hopes to carry that pace through into Saturday’s qualifying.

“I mean obviously it was quite a short and compact afternoon for me running in P2 but what I can say is that the car felt in good shape,” Hulkenberg said

“The balance isn’t a disaster, there’s still little bits to work on but overall the car performed really well.”

The drivers, though, experienced cooler than expected temperatures on Friday with heavy cloud cover over the Valencia circuit.

And with the temperatures expected to rise on Saturday, Hulkenberg says Force India will need to react to the changes.

“Potentially temperatures are looking different again so then the task for us is to make sure that we’ve got everything sorted out and that we perform under the hotter conditions as well – as we know it’s very sensitive.

“But by the looks of it I think we might be there. Definitely Q3 and some points is the aim on Sunday.”