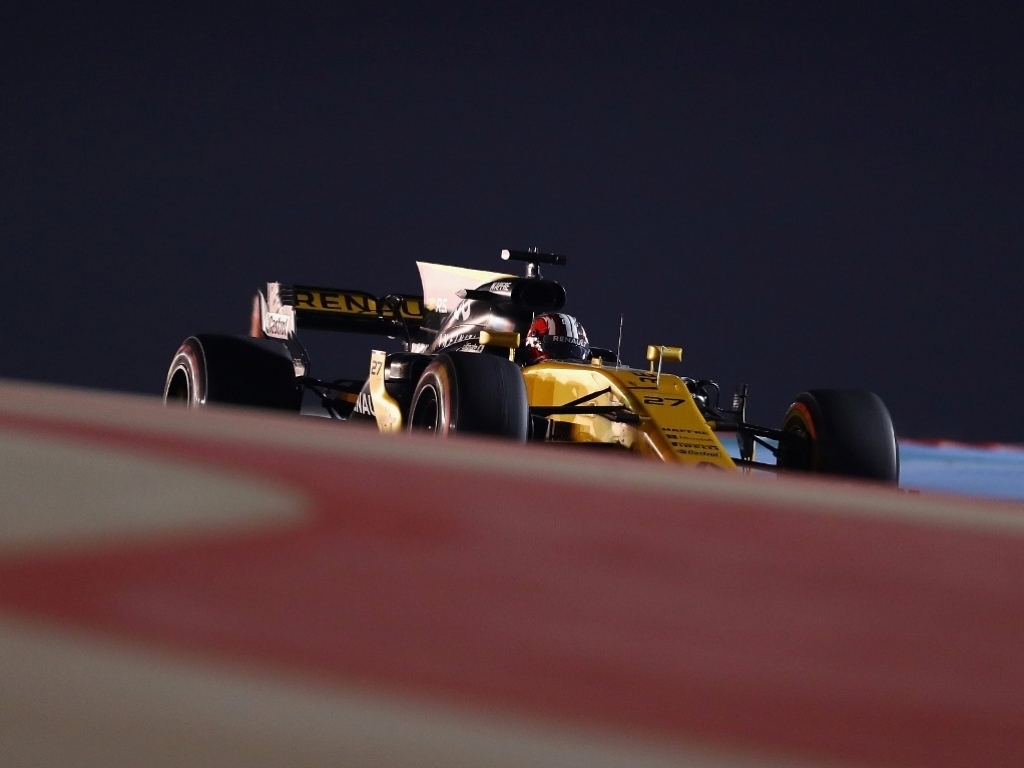 Nico Hulkenberg has been cleared of “dangerous” driving after seeming to impede Lewis Hamilton during Friday’s second practice for the Bahrain Grand Prix.

On a hot lap, Hamilton was unimpressed as he had to take action to avoid a slow Hulkenberg.

“These drivers are dangerous, man,” he said over the radio.

Hulkenberg was investigated by the stewards for ‘alleged dangerous driving and impeding car 44 in Turn 9′ but cleared of any wrongdoing.

“Hamilton was on a fast lap, Hulkenberg on a slow lap and was aware of the approaching car,” read the stewards’ report.

“Hulkenberg moved to left as he approached the corner but due to the differing lines taken by the drivers they arrived at the same point on the track.

“Taking the points made by the drivers into consideration and previous incidents of this type the stewards decided that no further action was necessary.”