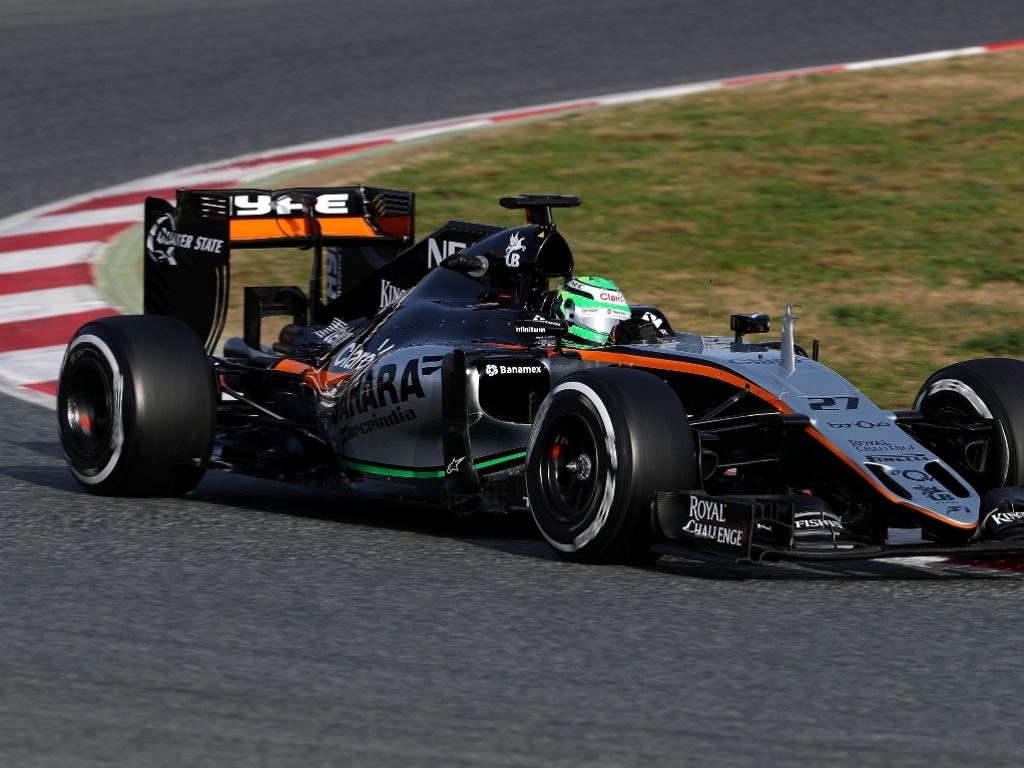 Hulkenberg dominated the timesheets at the Circuit de Catalunya on Wednesday as he posted a 1:25.874 on the super-soft tyres.

That put him a massive 2.7s up on his nearest challenger, which was Romain Grosjean in the Haas. The Frenchman, though, was using the soft tyres.

“To be honest I wouldn’t get too excited in these early stages,” Hulkenberg said.

“Today we tried to test a bit more where our package stands at the moment, more than our competition did, that’s for sure – there’s no reason to get over excited [about the potential].

“I think the package looks okay so far, but still a lot of work ahead.”

The German was asked whether Force India had sent him out on a glory run but he insisted there was enough fuel in the car for a “few” laps.

“Yes, there was actually,” he said. “Enough to do a few laps.

“No, I think a good positive day, good impressions. Obviously learning about the car.

“Probably we tested a bit more, tested our package out a bit more what we were able to do than the competition today, but it’s not that much time till Melbourne, so we’ve got to get started and learn about the car. Very encouraging, positive and good day.”