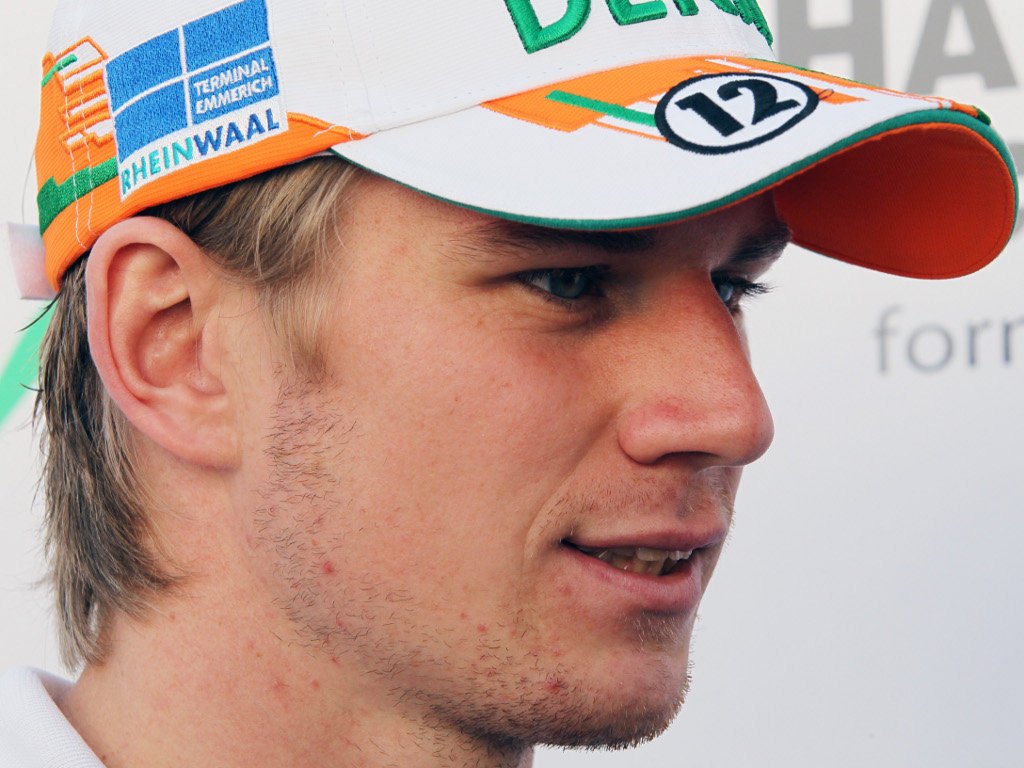 Nico Hulkenberg says he would have no problem partnering Fernando Alonso as he is a “good benchmark.”

Having outshone his team-mate Paul di Resta in recent races, Hulkenberg has been linked to Felipe Massa’s race-seat at Ferrari.

Asked if he was flatted by the link, the 25-year-old said: “Yeah, it’s good. It’s positive press if you are linked to a team like that because it means you’ve done something right.

“The attraction is I want to be winning races at some point, and I’m pretty sure every driver on the grid in Formula One wants it.

“That is our motivation, where you look. You look at your options and you make a decision.”

As for the prospect of partnering – and playing second fiddle to – Alonso, the German said: “We all agree he is one of the best drivers at the moment, maybe of all time.

“So if I am to fight against him, he is a good benchmark, a good measurement because you pretty much know how good you are when you drive alongside him.

“He is someone I could learn from, like with Rubens (Barrichello) when I was at Williams in 2010. That was a good experience.

“An experienced driver as a team-mate is always positive.”

However, for now the Force India driver’s future is still up in the air although he’s “confident” he will still be in Formula One next season.

“I’m confident I’ll be racing in Formula One, but there is no deadline or date for me to make a decision.

“There is so much speculation going on. Every day there is a new rumour so there is no point commenting on them.

“Right now I’m committed to Force India at the moment. There are eight races to go, which is still a hell of a long way.

“For now we have to focus on the race weekend and achieve another performance like on Sunday in Spa.”