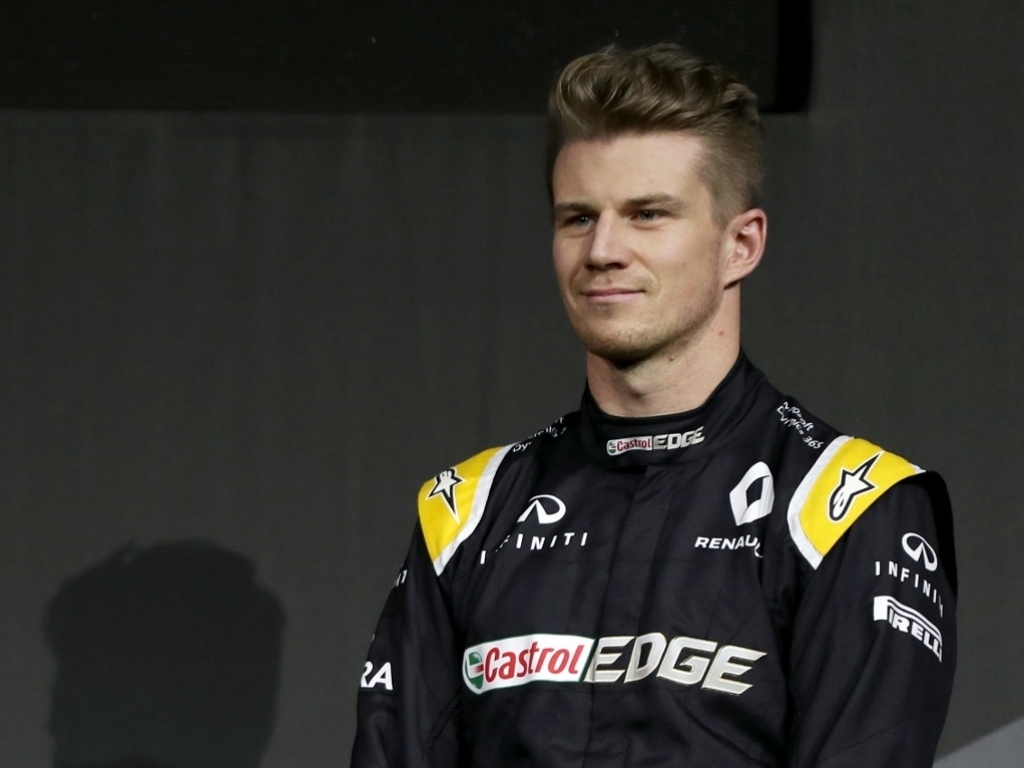 Although Nico Hulkenberg has yet to put in a lap in the new RS17, he was “impressed” with what he saw in Renault’s wind tunnel.

The German has swapped Force India for Renault ahead of this year’s championship and was on present during Tuesday’s launch of the team’s 2017 car.

The RS17, with the wider Pirelli tyres, sports an aggressive shark fin cover while also featuring a re-shaped rear wing.

“It looks sexy!” Hulkenberg told the official F1 website. “When I first saw it in the wind tunnel I was impressed.”

Renault will mark Hulkenberg’s first foray into a manufacturer team having previously driven for Williams and Force India.

The driver, though, acknowledges that Renault still have a long road to walk to get back to the sharp end of the grid.

“I’m very happy to be part of it,” he said. “There’s a lot of work ahead and we’re both looking for a positive long term relationship.

“For sure 2017 comes after a build-up year in 2016 where there was improvement and crucially growth in many areas for the future.

“The target is to move forward in the midfield over the season ahead and be in shape to take another step forward in 2018.

“I am inspired with being part of this and adding my share to push us all to better performances.”

He added: “At the end of the day, it’s a team effort and everyone is important, but ultimately the two drivers have to deliver on the track.

“I know the goals the team has for the season and I’m taking everything step by step to make the most of the opportunity for us all to achieve good things. I will do everything I can to ensure success happens.”

As for his target for this season, the German explained: “I haven’t set a number. I know the team’s targets and I will do everything I can to help them achieve this. Obviously, I want to achieve the best result possible at every grand prix.”