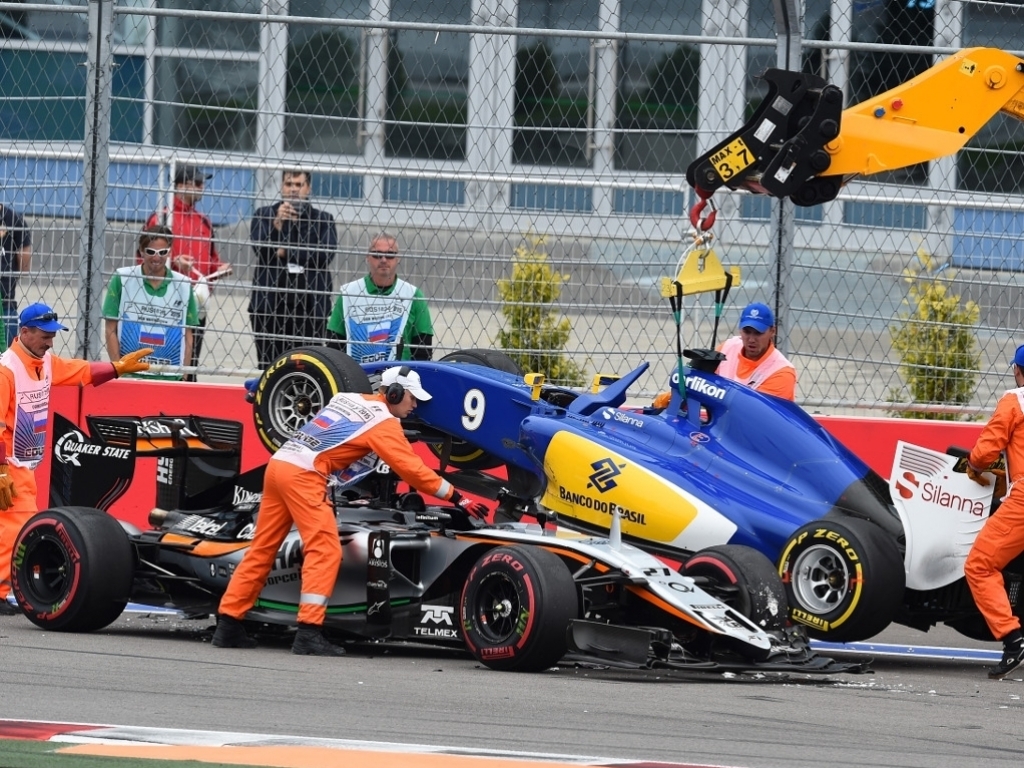 Nico Hulkenberg says it was a "pity" that a small mistake cost him – and also Marcus Ericsson – in Sochi on Sunday.

The Force India driver had hoped for a good showing at the Russian Grand Prix but only made it as far as Turn Two when disaster struck.

Hulkenberg locked up his rear wheels and spun, coming to a halt in the middle of the track and facing the wrong way.

While most of the field made it past him, Max Verstappen was tagged in Hulkenberg's spin and suffered a puncture while Ericsson hit him.

The two cars were tangled together as Ericsson's went partially on top the VJM08 and both drivers were forced out of the race.

"I didn't have the best of starts, but then I was able to pick the ideal line on the approach to Turn Two. Unfortunately, I locked the rears going into Turn Two and, when that happens, you just end up in a spin," Hulkenberg explained.

"I hoped the whole field would get past without hitting me but unfortunately Ericsson got stuck with me and I couldn't move away.

"The first lap is always a unique situation: I didn't brake any later, but with cold tyres it's really tricky and once the tyres locked there was nothing I could do to save it.

"It's always a pity to go out at the start and it's really frustrating because our pace seemed really good this weekend. I just want to move on and start thinking about the next race."

As for Ericsson, he had nowwhere to go with Hulkenberg in the middle of the track.

The Sauber driver said: "I suddenly saw Nico facing the wrong way. I had nowhere to go and went into him.

"This is very disappointing as the car was quite competitive here. A missed opportunity, which is frustrating for me."