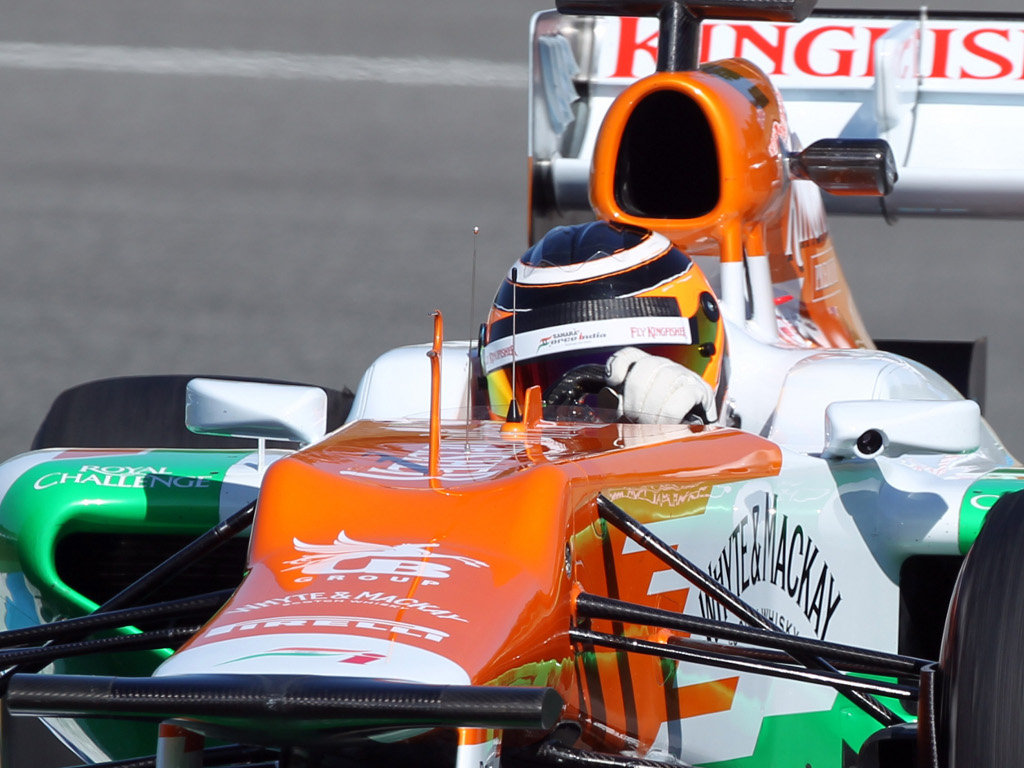 Nico Hulkenberg was relieved to get some laps in the new VJM05 under his belt on Friday but admits there is still a lot to be done in the final two tests.

Hulkenberg was scheduled to get behind the wheel of Force India’s new car at Jerez on Thursday afternoon. However, plans were changed after test driver Jules Bianchi crashed earlier in the day.

And without the necessary parts to fix the car, Hulkenberg was forced to wait until Friday morning to have his first taste of the team’s 2012 challenger.

On track first thing in the morning, the German completed 90 laps with a best time of 1:19.977, which was just over a second behind the day’s P1 time.

“A busy first day in the car and good to get so many laps under my belt,” said Hulkenberg.

“It was my first time in the new car so I concentrated on getting comfortable and up to speed. The long runs were useful for that and it also allowed me to start understanding the new tyres.

“There is still a massive amount to learn and lots of data to look at, but it feels like we have a good baseline to develop from and I’m pleased with how the day went.”

Technical director Andrew Green was happy with the German’s workload on Friday and declared the entire four-day test a “positive” one despite Thursday’s lost track-time.

“Overall I think we can come away from Jerez feeling positive. The car has run reliably, the initial feedback from the drivers is encouraging and we’ve learned a lot about the set-up directions we want to explore over the coming weeks,” said Green.

“I also want to highlight the tremendous effort from the team at the track this week, backed up by the staff at Silverstone, which helped ensure we got the most from our first test with the new car.”