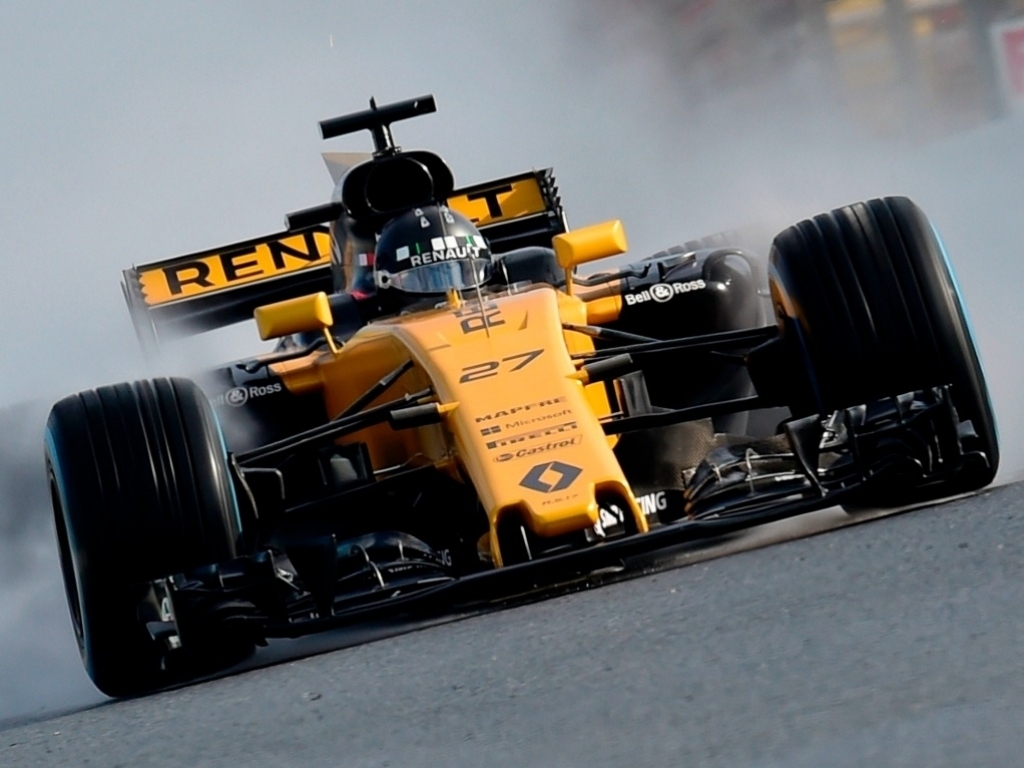 Nico Hulkenberg stopped short of calling Pirelli’s wet tyre tests a waste of time but did clear that no one will really know how the tyres performance until under race conditions.

The Formula 1 teams took to an artificially soaked Circuit de Catalunya on Thursday with the FIA declaring that the final day of the opening test would be dedicated to helping Pirelli test their wet weather tyres.

There wasn’t, however, much running to be had.

Instead of drivers hitting the 100-lap mark, as some had done earlier in the week, they were cautious especially at a time where spare parts are few and far between.

As such Hulkenberg covered just 51 laps

“Obviously early in the season it’s a bit of a risk with teams, we don’t have that many spare parts,” he told reporters.

“There’s always a balance to be had.

“I went out once on full wets, once on inters, just to see how it goes and get a basic idea. It worked fine, to be honest.

“But we couldn’t really test very deeply regarding aquaplaning and all these kinds of subjects, we’ll find that out during the race weekend I guess.”