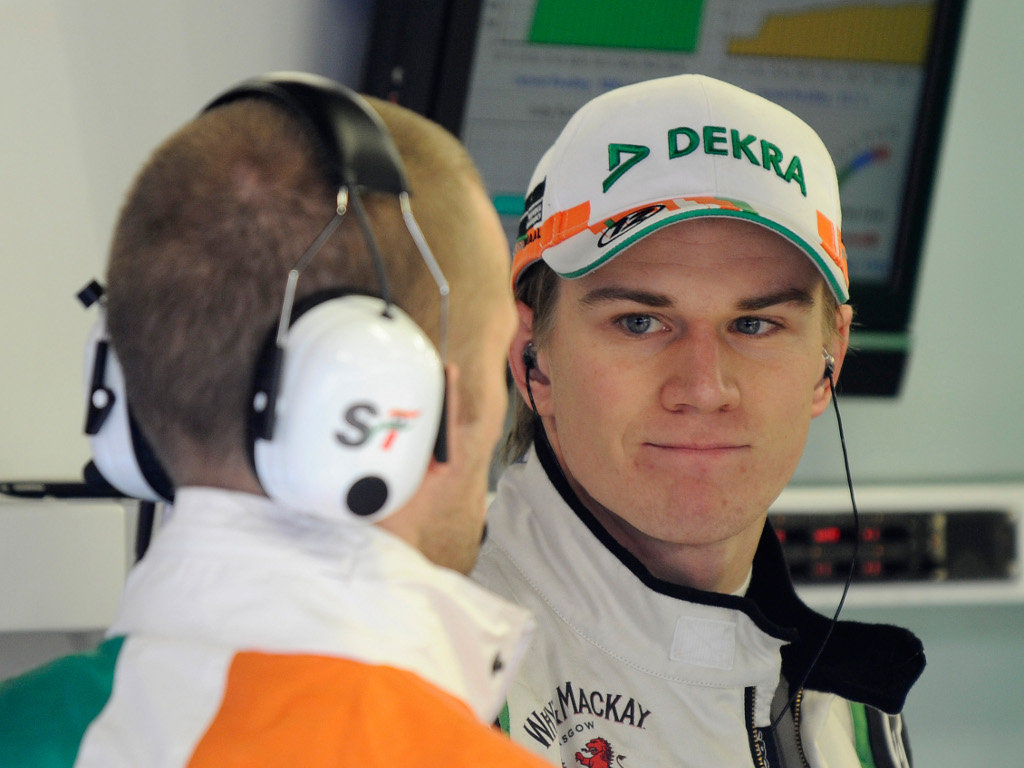 As he gears up for his return to Formula One racing, Nico Hulkenberg says he’s happy with Force India’s progress during pre-season testing…

As he gears up for his return to Formula One racing, Nico Hulkenberg says he’s happy with Force India’s progress during pre-season testing.

Hulkenberg was in action on the final day of testing, completing 101 laps as he embarked on a race weekend simulation.

However, the German’s race distance was cut short when the red flags came out late in the day.

But despite losing some time, Hulkenberg, who finished fourth quickest, just 0.282s off the pace, is confident Force India have made steady progress.

“We managed to fit a lot and hopefully when we have been through all the data we will have learned a lot, too.” Hulkenberg said.

“The race weekend simulation was useful, but unfortunately my race distance was cut short, so we will rely more on the data from Paul’s run.

“We were also busy trying all the tyre compounds to learn more about tyre management and how to get the most from them.”

He added: “You always want more time in the car, but I think we can be pleased with how our three tests have gone.

“We still need to find some more performance because the whole grid looks very close and competitive, and I expect the grid in Melbourne to be extremely tight.”