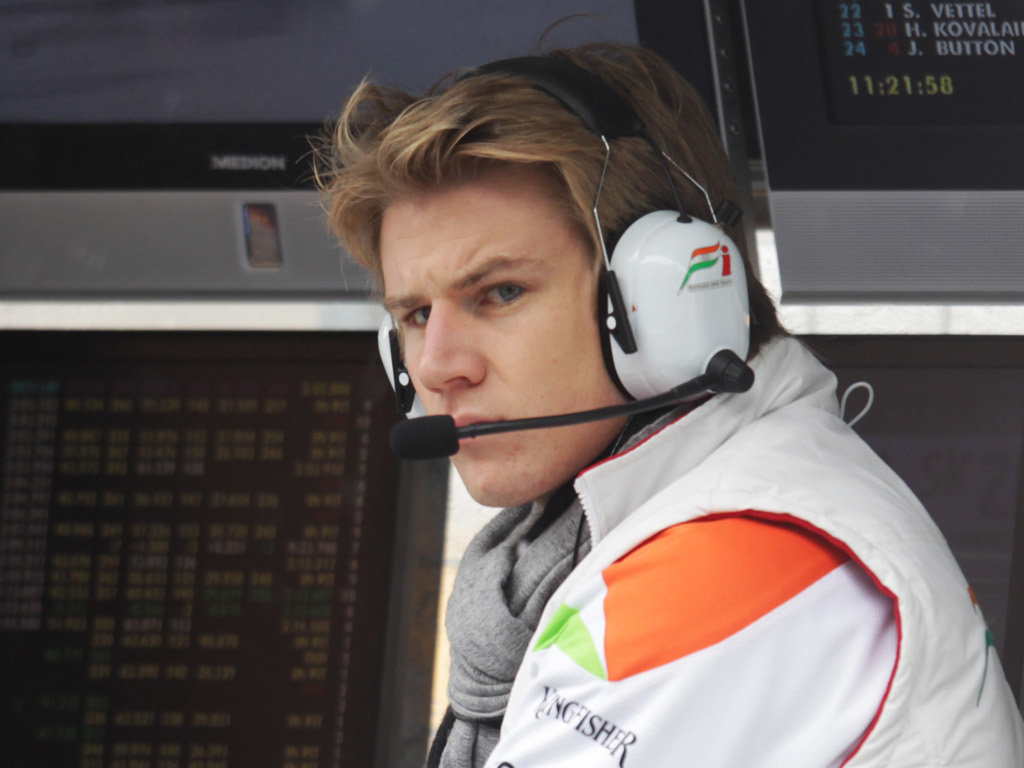 Nico Hulkenberg has ruled out another year as test driver and will leave F1 for another motorsport series if he doesn’t return to permanent racing.

Hulkenberg, 24, told dpa ahead of Sunday’s Brazilian Grand Prix that he expects a decision from his Force India team within a fortnight on whether he will be promoted.

Hulkenberg is rated a top contender to get one of the two seats at the Indian team, whose current drivers are compatriot Adrian Sutil and Briton Paul di Resta.

“I hope it is a matter of one or two weeks,” said the German, adding the won’t remain on the race sidelines another year.

“I won’t do this (being test driver) a second year. That is out of the question,” he said.

Asked whether other racing events were an alternative, Hulkenberg said: “Yes, of course. But I haven’t done anything (in that direction) yet.”

Hulkenberg called his year on the sidelines “disappointing” and “deeply distressing” after his contract at Williams was not renewed at the end of is debut season 2010, highlighted by a sensational pole position in Brazil.

“The DVD (of the 2010 Brazil qualifying) is always in my laptop. I still watch it regularly,” he said on his return to the Interlagos course.