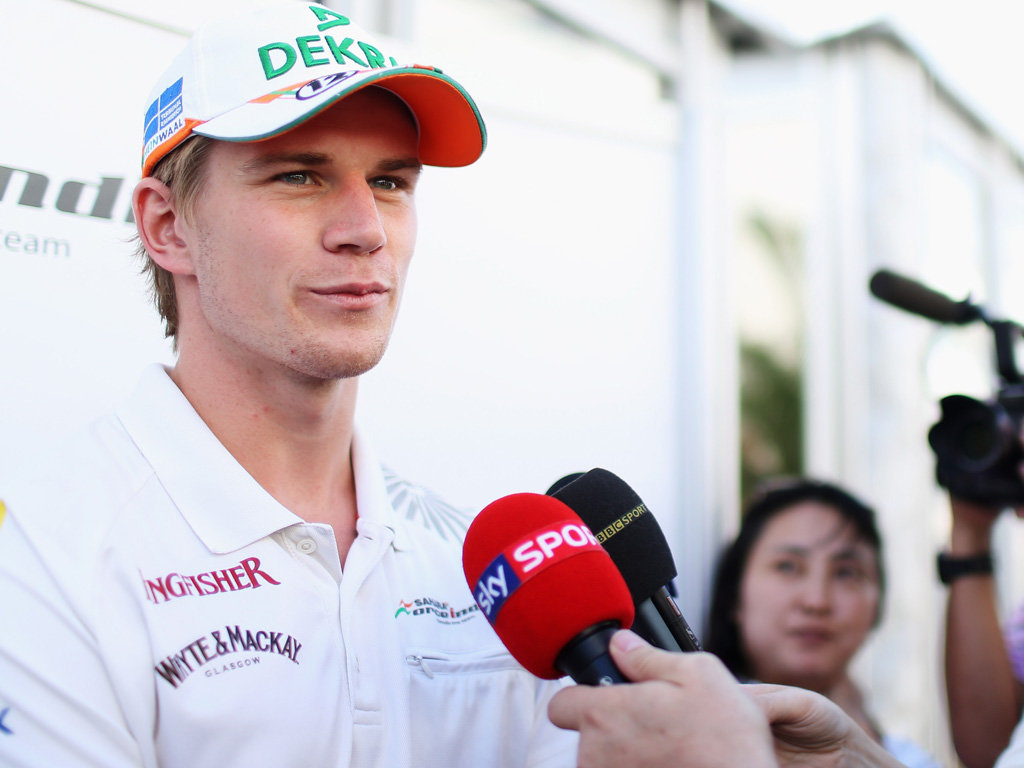 Nico Hulkenberg believes being the lead driver at Sauber next season will give him extra motivation.

The German is coming off a successful year with Force India where he scored 63 points, but he will swap Silverstone for Hinwil next year where he will partner Esteban Gutierrez.

With the young Mexican making his debut, Hulkenberg knows he will be the more experienced driver as it will be his third full season in F1.

“I feel ready for that,” he told the official F1 website. “It’s not a case of bringing extra pressure, it’s something that helps motivate me even more, but to be honest I don’t see my role as much different to the one I was in this year.

“I will simply concentrate on my job of trying to deliver good results.”

The 25-year-old is also confident he will hit the ground running at Sauber and the settling in period won’t take too long.

“There is no warm-up phase anymore, so I personally hope that I start performing right at the point where I finished at the end of 2012 – and that was a very promising point,” he said.

“I am changing teams so there will be a ‘getting to know each other’ phase but I am confident that this will go smoothly.”

After struggling for top 10 finishes during the early races of the 2012 campaign, Hulkenberg went on a good run of from the middle of the season and then finished on a high at Interlagos where he led the Brazilian GP for several laps before a collision with Lewis Hamilton put him out of contention for a podium.

“For me it has been a great year with Force India,” he said. “I will keep so many good memories from 2012.

“Like I said before, initially I needed some time to get back into the groove after 2011 without racing, but I think we – the team and me – made some really good progress throughout the year with the team improving the car’s performance and me developing alongside as well. So there is only good that I can speak about – no bad and no ugly!”