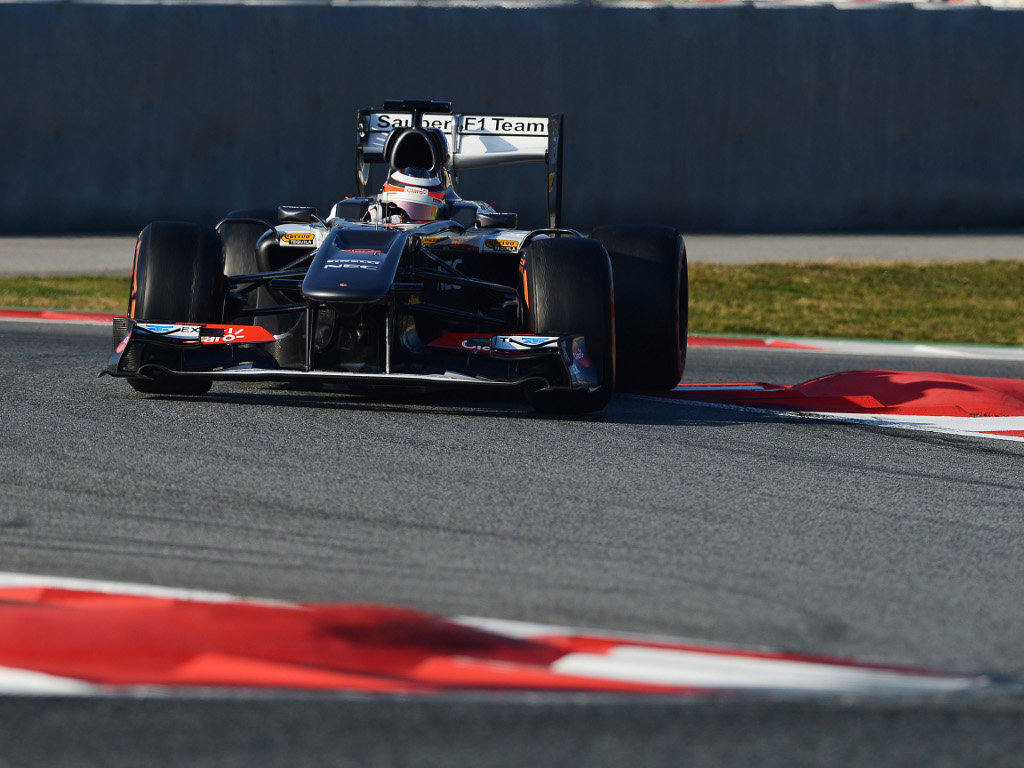 Nico Hulkenberg insists it is too early to judge whether Sauber will be competitive this season.

Last year Sauber impressed with four podium finishes while Sergio Perez and Kamui Kobayashi were behind the wheel of the C31.

This season the team has an all-new line-up in Hulkenberg and rookie racer Esteban Gutierrez.

The team-mates spent the last four days putting in the laps at the Barcelona circuit in preparation for the forthcoming season.

But where Sauber is in the pecking, Hulkenberg isn’t willing to guess.

“At this time of the year it is the only time that drivers really tell the truth: honestly, I don’t know,” he told the official F1 website when asked if his C32 would bring him ‘closer to fulfilling your ambition.’

“I am happy with what I feel so far and how the car handles, bearing in mind that there is always room for improvement.

“Having said that, I have no idea where this will place us in the current pecking order and I doubt if any of my driver colleagues has a clearer picture.

“What lap times these programs produce is mainly of negligible importance – the importance is to eliminate errors.

“On a race weekend it is completely the opposite: everything you do – all Friday and Saturday morning – is meant to produce the fastest time possible in one lap.”

As for the reports that the German’s feet are too big for the car’s cockpit, Hulkenberg said: “The real issue was that in Jerez we didn’t have the right shoe size for me – that was it.

“Now with the right shoe size everything is perfect.

“Does that make me the F1 Cinderella? That only the one with the ‘right’ shoe size will see a happy ending? Who knows? I do love fairy tales – I just wonder who is playing the wicked stepmother…”