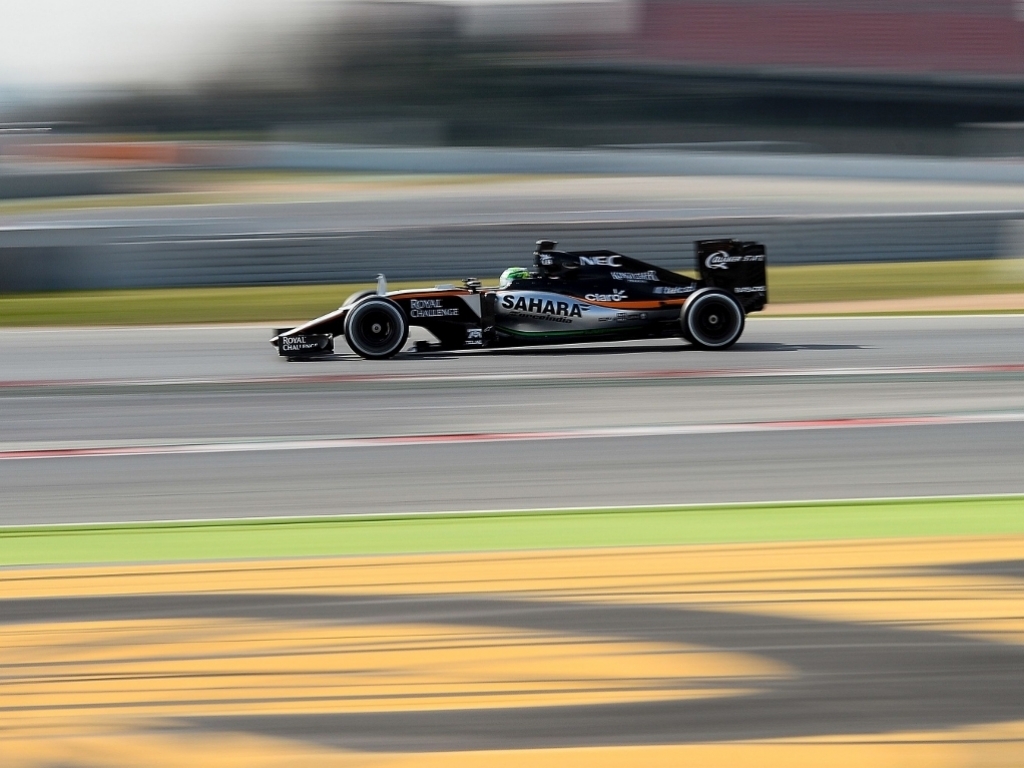 Nico Hulkenberg claimed an uncontested P1 at the Circuit de Catalunya on Wednesday as he was the only driver to put in a super-soft run on his way to a 1:23.110.

The Force India driver was in action for the first time in the new VJM09 and set the pace at lunch on the soft tyres. A swap to the super-softs during the afternoon session saw him up his pace.

The Frenchman was back behind the wheel of the Ferrari-powered VF-16 for Wednesday’s running and put in an impressive showing on the soft tyres to jump up to second place in a late effort.

His 1:25.874 meant he edged Kimi Raikkonen, whose best time was set on the medium tyres, by a tenth.

It was a trying first day in the SF16-H for the Ferrari driver as he put in just three laps in the morning as he was sidelined with a fuel pick-up issue.

Having resolved the problem he was finally able to put in some running in the afternoon and finished the day with 77 laps to his name.

Kevin Magnussen was another who had a good day even if it did include a stoppage down the start/finish straight.

The Dane was back into the action a short while later and racked up 110 laps on his first day in the RS16. He had another brief stop as he ventured out of the pits with 15 minutes remaining in the session but that did not require a red as he was quickly pushed back.

Nico Rosberg, who was only lapping in the morning after Mercedes opted to split the day’s running between their two drivers, was fifth quickest with a 1:26.084 while Lewis Hamilton, who took over in the afternoon, was P8. He was 0.337s slower than his team-mate.

The Mercedes team-mates were separated by Carlos Sainz, who stopped in the morning after being sent out with a loose wheel, and Felipe Nasr, who made his first appearance of the pre-season.

Daniil Kvyat was ninth in the RB12 ahead of Felipe Massa and Jenson Button. The latter had an early shower as McLaren’s day was brought to a premature end with a hydraulic leak that had caused a minor fire in the afternoon session

“It was just an hydraulic leak which caught fire because it was in a hot place,” Racing Director Eric Boullier told Autosport. “Nothing wrong, but this is why we are testing.”

Rio Haryanto was the final driver on the timesheets with a 1:28.249 to his name as he made a late improvement. The Manor rookie brought out the reds in the morning when he spun Turn 5 and had to be rescued from the kitty litter. Back in the action later on, he amassed 77 laps.