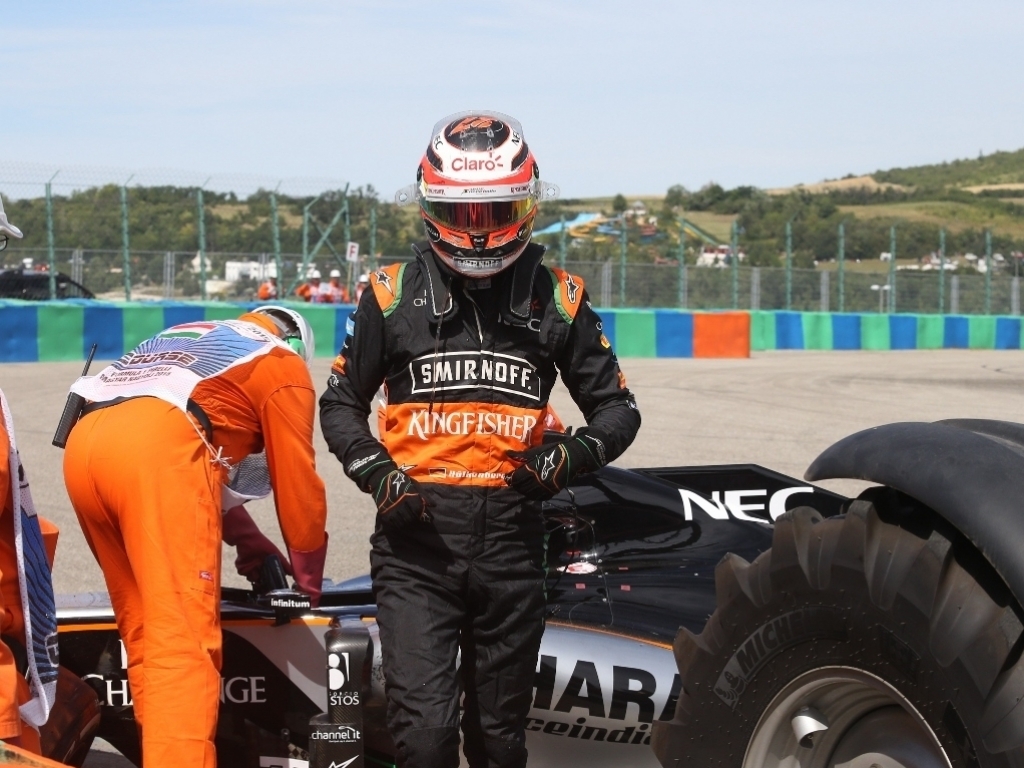 Nico Hulkenberg was unaware that he had a front wing issue until he felt a "harsh vibration" just before it broke off.

The wing was shattered as he drove over it before spearing nose first into the barriers.

"It's a shame we lost the opportunity to get a great result today," said the Force India driver.

"I didn't have much warning that there was a problem with the front wing – there was a harsh vibration just before it broke and after that I was heading straight into the barriers.

"The final impact was not too bad because that part of the track is well protected and it absorbed the energy nicely."

Prior to that it has been a good afternoon as he was comfortably inside the top ten and racing towards another points finish.

"Up until the accident, things were looking very positive: I had made a great start and was racing with the Red Bulls, which shows the step forward we have made with the b-spec car," he added.

Despite his disappointment over losing the points, Hulkenberg says Force India can draw plenty of positives as they head into the summer break.

"The good news is that we have time over the next week to analyse what happened today and get the solutions in place before the summer break.

"Reliability has been a real strength of ours this season so it's unusual for us to have these issues and the team will do its homework before we arrive in Spa.

"I go into the summer break knowing that we are competitive and that we can have a strong second half of the season."