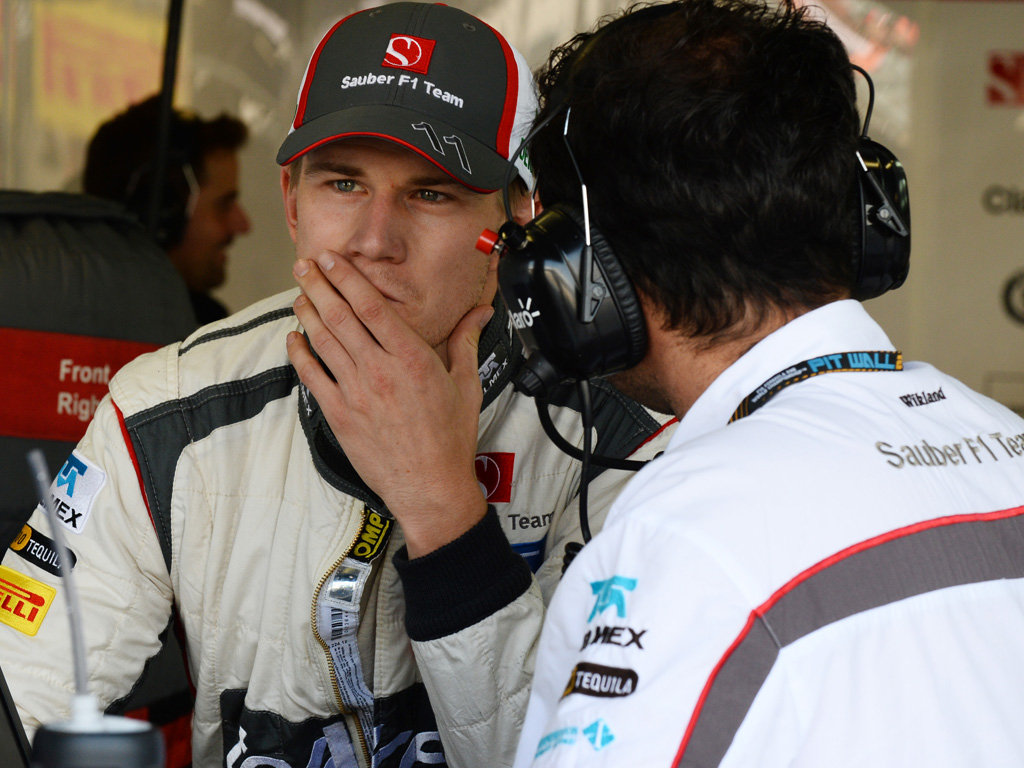 Although he would like his future to be decided by the end of the month, Nico Hulkenberg concedes that in F1 one has to be patient…

Although he would like his future to be decided by the end of the month, Nico Hulkenberg concedes that in F1 one has to be patient.

The Sauber driver is believed to be on the verge of signing with Lotus for next season, however, it all depends on money.

If Lotus secure the sponsorship they want, the team has stated that want Hulkenberg on the books. But if they don’t, they may have to look for a pay driver.

For now, though, Hulkenberg is still hopeful.

“That is what I hope for,” he said in an interview with ESPN. “See everybody wants to have security rather sooner than later, but sometimes, things take a bit longer and don’t happen overnight and you’ve got to be patient.

“That’s the game in Formula One.

“There is still no news, still no decision in terms of my future. Still having contacts and negotiations with a couple of teams so we’re still in the process of sorting it out and hoping to select the right one.”

Pushed on the Lotus situation, the German said: “We’re talking, obviously, and there’s always updates and situations but I can’t really talk about it in too much detail.”

However, before Hulkenberg agrees to move over to Lotus, the 26-year-old wants a few guarantees of his own, one of which is that the team is financial viable.

“Of course that’s an important point nowadays in Formula One, just for a team to be able to keep the development up, to keep going, to keep being competitive. It is an expensive sport to run if you’ve noticed; it’s no secret.

“I think for the team, for themselves, for Lotus, I think it is important to find that deal and finalise it and have the security and stability.”

Asked whether he had concerns about reports that Kimi Raikkonen had not been paid his salary by Lotus, Hulkenberg, who went through a similar situation with Sauber earlier in the season, insists he’s not worried about it.

“I think Kimi has a very different salary to mine. [Laughs] That is the first point, it is a lot larger. You know, I think, it will be a different case.

“Things change and I’m not super worried about that. I think you have three or four big teams which are financially quite stable. Everybody else is struggling a little bit in terms of finance so it’s difficult.”