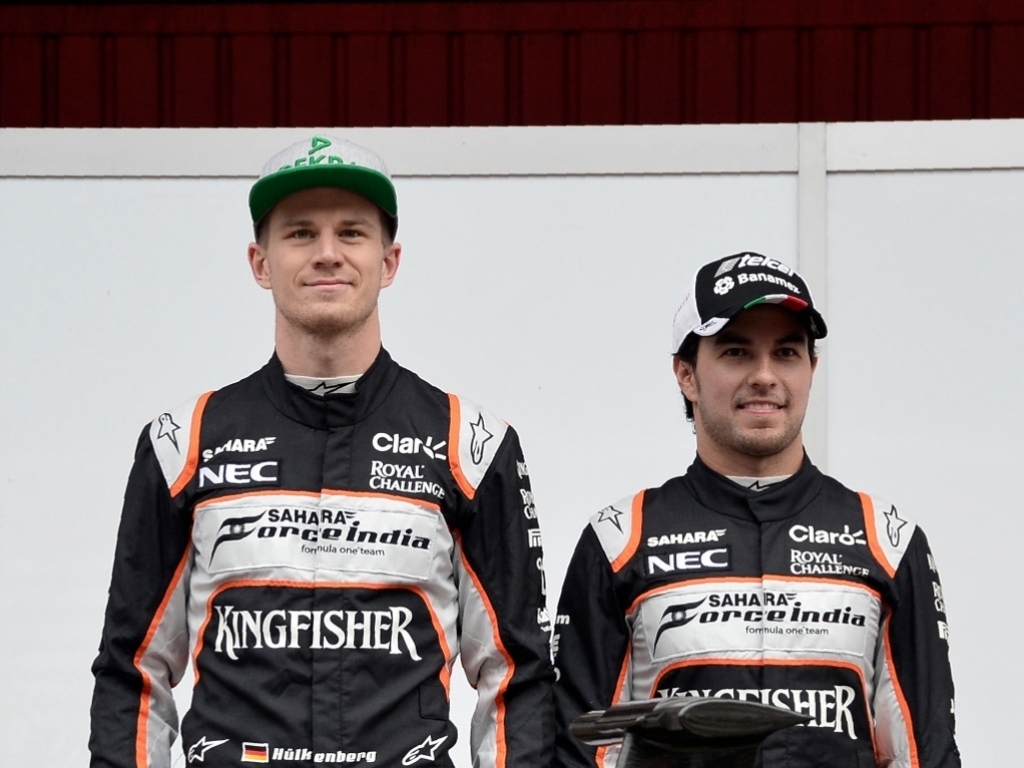 Nico Hulkenberg is hoping Sergio Perez decides to stay on at Force India next season as he reckons they work well together.

Perez’s future is one of the hot topics this silly season as the Mexican racer has been linked to Renault and Williams.

He has stated that the decision will likely be made by his sponsors, but feels he will have to leave Force India at some point if he wants to put in a title challenge.

Hulkenberg, though, has urged his team-mate to stick around for another season.

“I don’t know what Checo’s going to do,” he told Autosport.

“As a team we’re working together pretty well, pushing each other hard to the team’s benefit.

“It’s a good, competitive, tough environment, but in a positive way so I would very much like to see him stay.”

As for his own future, Hulkenberg says he would also like to move up the grid but is refusing to let the situation get to him.

He explained: “Definitely, but it’s all about timing.

“Many people have had to wait a long time to get their opportunity, so there’s no point in giving in.

“I’ve learned in all my years in F1 that as a driver you are relying on a lot of other people making decisions that go your way or go against you, so I’m not breaking my head about that too much at the moment.

“What is important for me is that I’m enjoying what I do and that I’m having fun, which is the case.

“I love what I’m doing, and in that respect I’m comfortable and in a good situation. I’m a very happy man.”