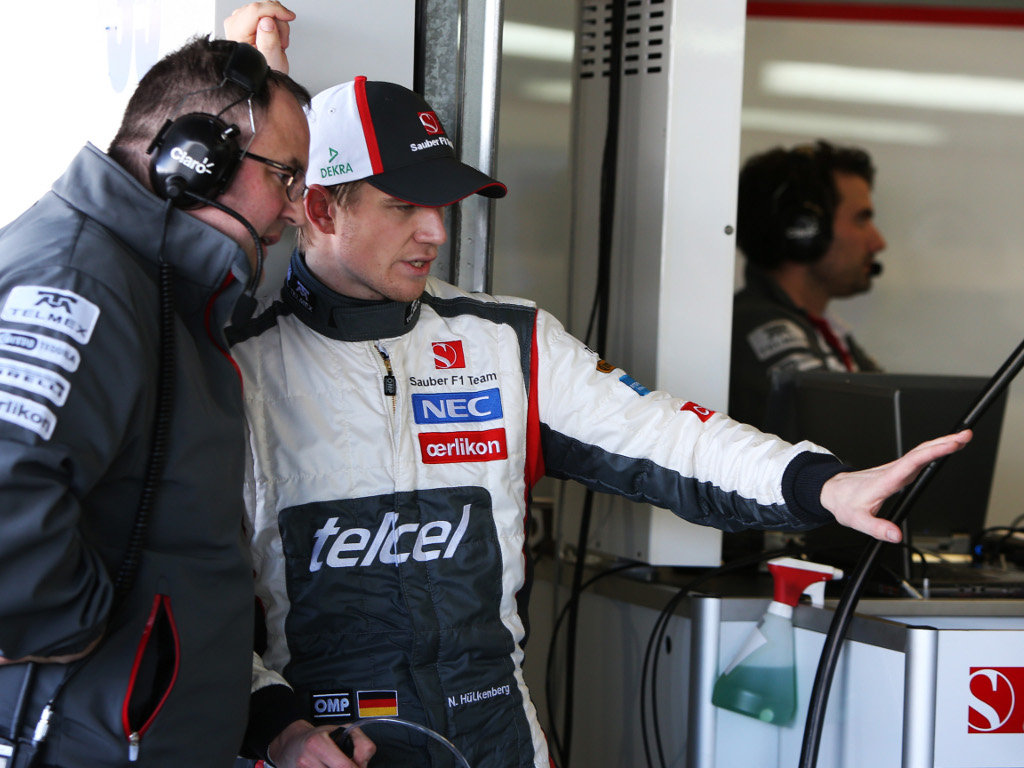 Nico Hulkenberg has been labelled a “huge asset” by his new Sauber team as the German is not only fast but also “clever.”

Hulkenberg made the switch from Force India to Sauber in the off-season and tested his team’s new C32 earlier this month at Jerez.

The 25-year-old completed 178 laps with a best time of 1.19.502 while giving his Sauber valuable information.

“I worked with Nico briefly at Williams and he’s not only a fast driver, he’s also a clever driver,” chief designer Matt Morris told Autosport.

“That’s both in terms of his general approach and also his ability to understanding engineering.

However, that’s not the only thing about Hulkenberg that is big as the German is much taller than Sauber’s previous drivers.

“It has been a bit of a challenge to fit Nico in the car,” Morris said.

“The chassis was designed and realised around the summer break and we didn’t know at that point that Nico was going to be coming.

“He fits, but we had to make some special boots for him to absolutely optimise the feet arrangement.