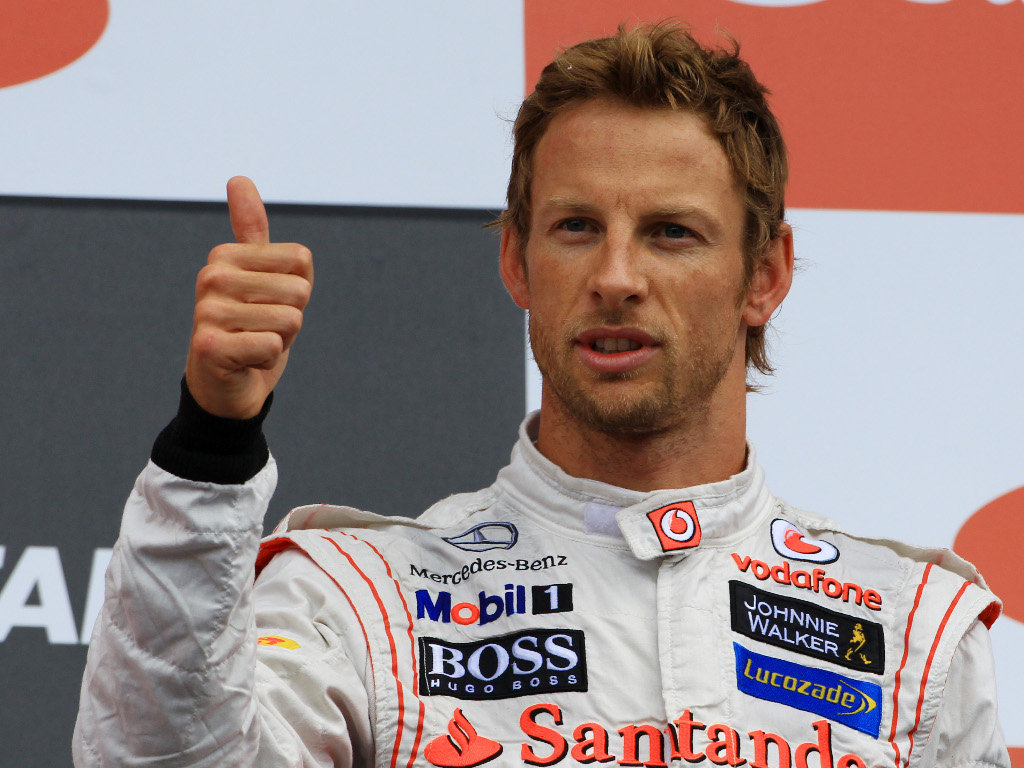 Can the ‘ginger milestone’ repeat his triumph of 2011 and resurrect McLaren’s sagging 2012 campaign?

Until we had Pirellis, the Hungarian Grand Prix was always one to avoid.

It was a processional race where it was difficult to overtake and qualifying was 95% of the grand prix. Like Monaco without the glamour. But whereas Monaco also had barriers that could conjure a Safety Car out of nothing, the Hungaroring had proper run-off areas and so the procession stayed a procession.Bernie used to promote the race himself so it tended to stay on the calendar, despite being the biggest Go-Kart track in the world.

With Pirelli and the DRS a new game came to town and the Hungaroring was no longer the ugly ducking. Now it was the tyre eater that could throw up random results. Now we had overtaking into Turn 1 and also the very tricky Turn 2. And elsewhere if the tyres were fading fast or the rain was falling.

So after nine exciting races and just one dull one, we have nothing to fear from the trip to Budapest. McLaren have typically gone well at the Hungaroring and they could use a result for Lewis Hamilton right now. With only an 8th place to show for his last three outings he needs 25 points to stoke up his title challenge.

Lewis competes well at the Hungaroring despite not always having the best of luck, both with the stewards and with his team-mate preventing him from having an extra qualifying run by occupying the pitbox until the clock ran down (Alonso in 2007). Fernando and Lewis get on much better than they did that year.

With aggressive tarmac that traditionally gives high tyre wear we’ve seen four pit-stops during a race here in the past. That doesn’t bode well for the amount of running teams are likely to do on Friday and Saturday, saving up fresh tyres like automotive squirrels. It also means that pit-stops will be crucial and given that McLaren are the new kings of the pitstop, as far as they’re concerned, the more pitstops, the more they can press home this advantage.

Jenson Button won his first grand prix here for Honda and his confidence will be high having just come second with a car that was fast enough to win at Hockenheim. Plus the fact that he won this race last year. The 2011 grand prix started off in the wet and had lots of spins and dramatic twists and turns along the way.

This year (on the Tuesday before) we’ve been predicted thundery showers on Friday, full sun on Saturday and thundery showers on Sunday with ambient temperatures up at around 30-31C on all three days. Bear in mind that this time last week the weather prophets were predicting full sun for all three days of the German Grand Prix, so you know how much faith to invest in that kind of prediction.

Red Bull will also be looking to make some inroads into Fernando Alonso’s astonishing run of form that has seen him score points in every race this year. In Germany Sebastian Vettel was unwise to use all the run-off for overtaking when he’d been briefed specifically against that kind of thing on Friday by the Race Director.

Common sense said that they should just reverse the positions, like they sometimes do in pro cycling (though not to Mattie Goss in this year’s Tour de France). A retrospective drive-through is an automatic 20 seconds which is a pretty blunt instrument. At Silverstone former F1 driver and occasional driver steward Derek Warwick said the FIA were specifically looking at more flexible penalties so that kind of anomaly doesn’t happen in the future.

Whether Sebastian gets to say sorry to Lewis Hamilton for calling him “stupid is a moot point. Some have already given their opinion on it.

Felipe Massa will be keen to redress his first lap error that cost him anychance of points in Germany and Romain Grosjean needs to get back on it. Another Brazilian under pressure is Bruno Senna who hasn’t been able to approach his team-mate’s qualifying form. Apart from Alonso and Massa I wouldn’t mind betting that the cumulative distance (in number of places) between Pastor Maldonado and Bruno Senna is the highest on the grid.

Mercedes had a collectively poor race in Germany finishing 7th and 10th (doing a McLaren at Silverstone) and won’t want to see that replicated. They started off the season with high hopes of moving up from being the fourth-placed team. They’re currently fifth and if Perez hadn’t been eliminated from so many grands prix by other competitors they would be closer to sixth. Actually they are closer to Sauber than they are at catching Lotus above them.

Further back, Caterham have yet to show the Great Leap Forward promised by their Silverstone updates, but Heikki likes the Hungaroring. Charles Pic is beginning to make inroads into Timo Glock’s advantage at Marussia. Hungary always used to have great support for Robert Kubica, let’s hope there are some banners showing that fans are still keeping the faith.

There might also be a lot of talk about torque this weekend. Engine mapping and using exhaust gases for aero purposes is back on the agenda. As McLaren managing director told Autosport this week, “None of us really know what it is that antagonised the FIA so much to provoke Jo Bauer into issuing the note he did on Sunday morning (of the German Grand Prix). It was quite an unusual step – I don’t think the FIA would have referred to the stewards unless they had very serious concerns.”

Red Bull’s own Great Leap Forward at Valencia, where they were in the pack until the very last moment of qualifying – and then miles ahead in the race – might have something to do with it. Now the FIA have moved to clamp down evern harder on inventive engine maps and we will see the upshot at the Hungaroring.