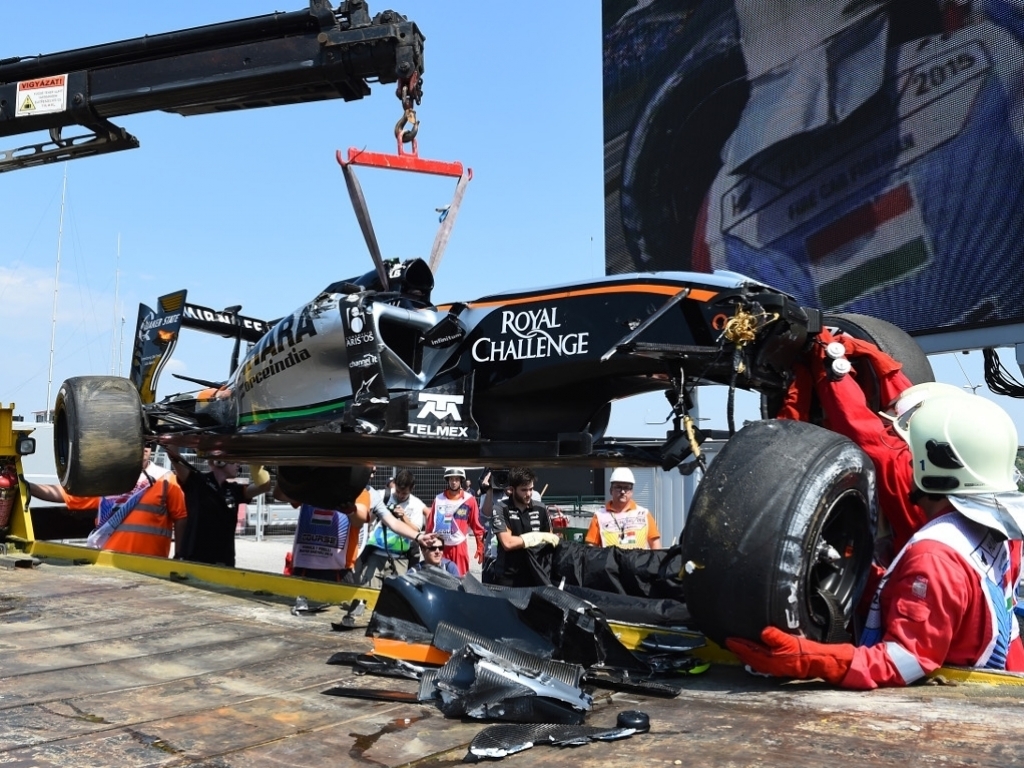 Force India have confirmed that the "different" loading the Hungarian kerbs to others tracks is what caused Sergio Perez's FP1 crash.

Riding the kerbs at the Hungaroring on Friday morning, the Mexican racer's rear suspension broke resulting in a dramatic accident.

The crash ended when Perez's car flipped, leaving him upside down in the VJM08.

"The failure was due to the fact the loading that it saw is different to any other track on the calendar," Force India chief operating officer Otmar Szafnauer told Autosport.

"The rumble strips here are so long that if you ride on them completely, you get high frequency, a decent aptitude load, that you don't see anywhere else.

"You can still run onto them, but don't stay on them forever. But, we have stiffened them up significantly after testing them back at base."