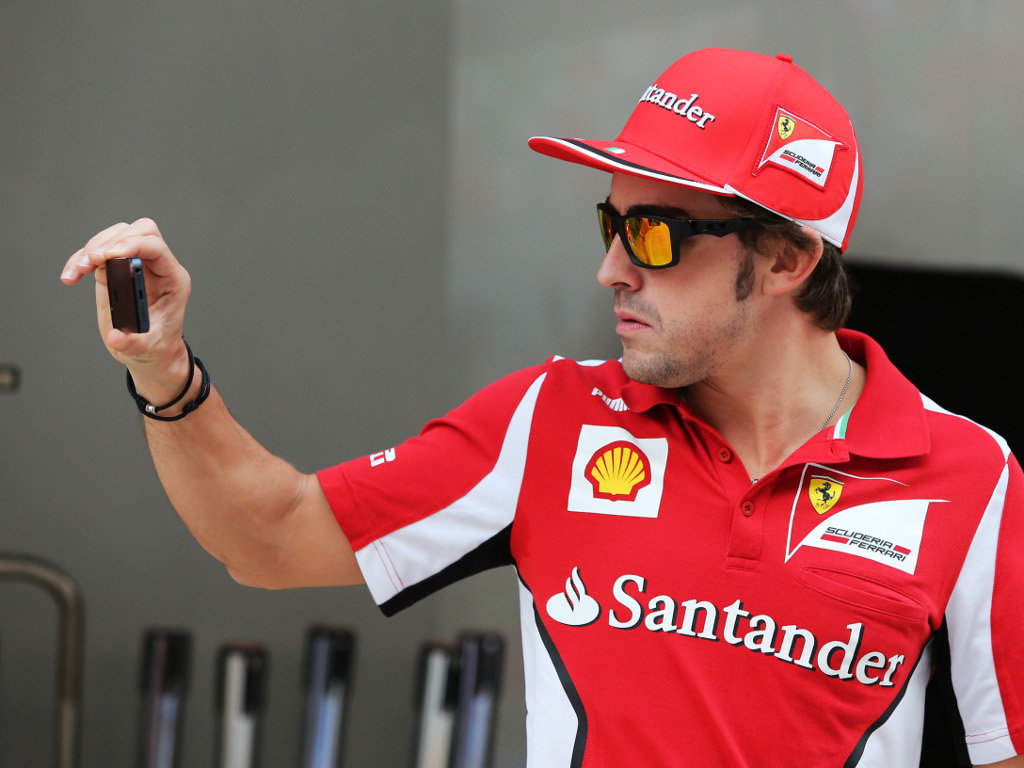 The action on and off the Buddh International Circuit got a lot more serious on Saturday. PlanetF1’s man in India recalls the action…

A long week of inane press conferences and blinding flashlights was easily forgotten on Saturday.

Qualifying descended on the Buddh International Circuit, and with that, things got a whole lot more serious. Both on the track and off it!

The build-up to the 2012 Indian GP has been marred by controversy. Ferrari have displayed the Italian Navy’s flag on their cars. It is to do with an incident earlier in the year when two Italian naval officers were arrested (later out on bail but not allowed to leave the country) for shooting and killing two Indian fishermen in the Indian Ocean. The matter is sub-judice although there is dispute over jurisdiction in the matter.

Cutting a long story short, Ferrari’s stunt has been deemed needless by almost everyone present here. There are clear political undertones to this and the Indian government has taken exception to the team’s behaviour.

Team principal Stefano Domenicali was grilled in the Friday press conference and at one point he completely denied that Ferrari had anything on their website on this matter. It is apparent that the orders regarding the flag display have come from higher up and it has made the team a little uncomfortable when they should be concentrating on the championship battle.

Meanwhile the FIA has washed its hands of the matter and Bernie Ecclestone stated that it was a matter for the Indian motorsport authority to consider.

You can say the FIA have shown a little consistency in how they mix politics with F1, considering that the race in Bahrain went ahead this season and now a seemingly dormant issue has been given undue provocation. Earlier in the day, Federation of Motor Sports Clubs of India (FMSCI) president Vicky Chandhok declared a joint statement with Ferrari stating the team have assured that the flag display doesn’t imply any political undertones. The damage however has been done.

Moving on-track, Red Bull have set the pace in all three practice sessions. Going into qualifying, it was widely anticipated that Sebastian Vettel will take pole as well as Mark Webber will make it a one-two lock-out. And that is precisely what happened.

Their cars were in fine form, getting heat into its tyres much better than any other car. So much so that they were able to save two sets of new options for Q3 and it turned out to be a masterful stroke of luck. Vettel managed to mess up his first run in the final session and then changed the tyres quickly to set the fastest time.

While he got pole, his team-mate messed his final run but his first attempt was enough to give him P2.

Lewis Hamilton was very happy to start third and he will have team-mate Jenson Button for company on the second row. Ferrari have both their cars on the third row of the starting grid, with Fernando Alonso starting fifth and Felipe Massa sixth.

They tried that tow-slip-streaming tactic in Q1 so as to avoid using a new set of options. But it didn’t work out and in that sense, also revealed the difference in pace for Ferrari and Red Bull at the moment.

Quite clearly, despite a good race pace from all three teams, it is advantage Vettel at the moment and Alonso, from fifth, can only hope to make a clean start, taking it on from there.

The two-time former champion (2005 and 2006) though made a remark after qualifying that stood out. ‘It is possible to fight Vettel, but now we are fighting against Adrian Newey, and at the moment we cannot match him.’

Yes it is a direct implication that the championship really is about the Red Bull cars.

Every driver on the grid wants to be in that car and in that sense Vettel has been a tad lucky. Even Hamilton claimed so, in a promotional event mid-week. But that is a matter of perspective, one feels.

Sure, it is mostly about the car. Just ask Michael Schumacher, he has ample to say on this topic, given his three winless years with Mercedes. But, to have a potentially winning package is never enough.

In Formula One, there is an old saying: to finish first, you first have to finish. Vettel has been very consistent in getting his car home and the best support for this argument is how Mark Webber has fared in the last three seasons.

There are many conspiracy theories about Webber not getting equal treatment, thanks to radio messages celebrating his number two status. Whenever he gets an advantage though, in terms of updates ahead of Vettel, that aspect isn’t played up equally. The bottom-line being Webber has an equally great car under him and has been outperformed. So it just isn’t the car alone and there is more proof of it.

Vettel had one shot at getting pole after ruining his first run and he did. Tomorrow he will probably lead away to victory from the very start, as he has done many times before. What he has also done is get pole on a number of occasions with just one single attempt. To get everything right in one go is never easy in the complex world of F1, and some credit is due to the reigning two-time champion as well. It’s just all about the car, never is.

Away from all this brouhaha, Kimi Raikkonen was busy getting ‘disappointed’ all over again. Actually he didn’t really say that exact word. When asked what went wrong in qualifying for him to finish seventh, he said, on air, ‘I changed set-up for qualifying after third practice. It was a shit decision!’