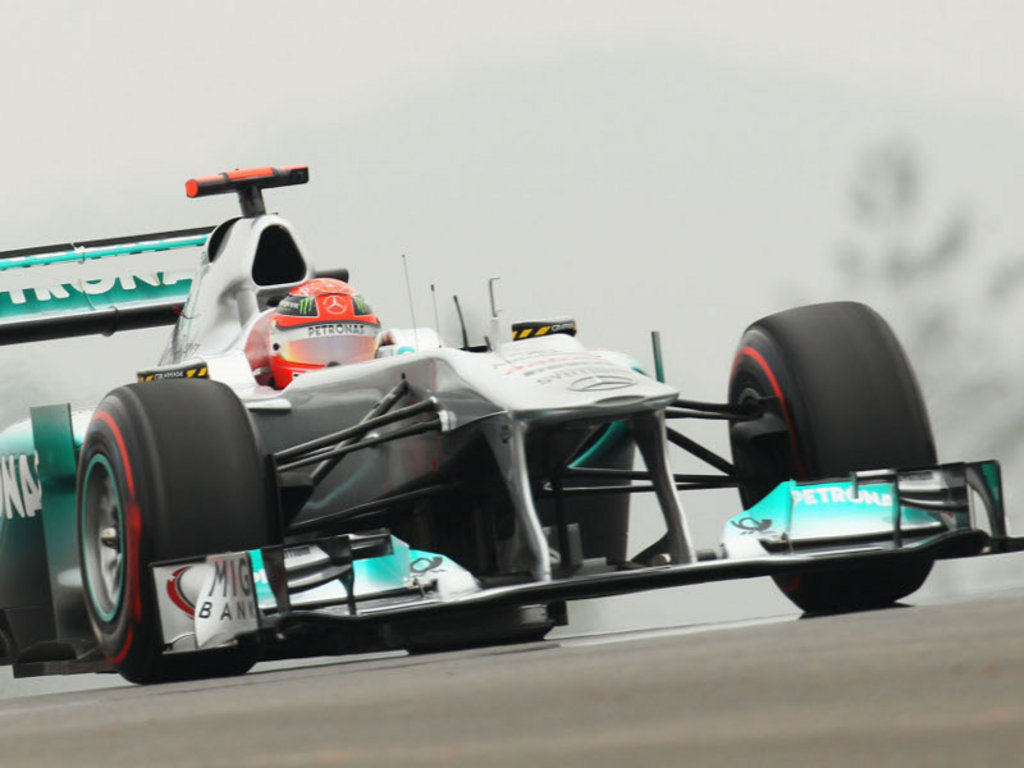 F1 arrives at the world’s biggest democracy to put on a new show – will it thrive like Singapore or be a bit of a Turkey…?

F1 arrives at the world’s biggest democracy to put on a new show – will it thrive like Singapore or be a bit of a Turkey…?

This weekend sees the much-awaited debut of the Indian GP at the Buddh International Circuit in Greater Noida near Delhi. It’s events like this that lured that old stager Michael Schumacher back into the sport.

Having trudged round the GP circuits of the world from 1991 with few new notable additions to the calendar, the minute he retired we got Singapore, Abu Dhabi, Korea, India and the prospect of Austin in Texas and Sochi in Russia. With Schumi showing no sign of slowing down he can at least tick off Austin in 2012, even if waiting for Sochi in 2014 might be a stretch.

India will be a great race for him as he’s a huge star on the sub-continent, a very well-known face. That’s in part due to the world domination he enjoyed at Ferrari and partly because he drives like a Delhi taxi driver. A profession not for the faint-hearted.

Obviously the people most looking forward to the event are Narain Karthikeyan – who’s been guaranteed a seat in an HRT and Karun Chandhok, who now won’t be competing in the race for Team Lotus. Tony Fernandes says he doesn’t want to risk 10th place in the Championship, but with Hiekki Kovalainen more often than not outpacing Jarno Trulli it’s not much of a risk putting Karun in the car.

The world’s TV cameras are not going to be focusing on an often-miserable Roman railing about the state of his power steering this weekend, but they might pay a bit of attention to an Indian driver in a car that is beginning to challenge the Saubers.

Karthikeyan will return to an HRT race seat, replacing Tonio Liuzzi, for his country’s first GP which he has been enthusing about. “They’ve taken a lot of corners from many tracks – they’ve kind of taken the best and put it there. It’s very wide in places.

It’s a leap in the dark for all of the teams who will dutifully have logged the data into their simulators and worked out a sketchy Plan A. As for tyres, Pirelli are giving them softs and hards but an extra set of soft tyres

Paul Hembery explained the logic: “We’ve opted for a deliberately conservative nomination in selecting the hard tyre alongside the soft, simply because on a brand new circuit you are never quite sure of the exact race conditions you will encounter,” he said.

The likelihood is that with a non-abrasive track and the potential of the hard tyre to be two seconds a lap slower than the hard, the teams will save up all their soft tyres for the race and run a very short stint on the hard tyre.

We all know what this means for qualifying. Ferrari, Red Bull and McLaren will try and get through Q1 without using a set of softs. They’ll have to use one set in Q2 and may just use one set in Q3. Mercedes won’t want the embarrassment of going out in Q1 and so may have to use soft tyres early on, so if they get through to Q3 they’ll trundle round on an old set.

Force India may actually be shamed into running in Q3 if they get there, because they won’t want to be seen as not flying the flag at the home GP.

As well as trying to get to grips with the new track as quickly as possible, McLaren is also likely to spend some time in Friday practice trying to find out why Lewis Hamilton’s car suffered a front wing downforce loss in Korea.

Hamilton lost 10 points of downforce (whatever that means) during the Korean Grand Prix, which the team suspects was caused by tyre marbles getting stuck between gaps in the wing and affecting the air flow. Presumably Jenson had the same thing. With the Delhi surface likely to be smoother than Korea it shouldn’t recur, but the prospect of having a ‘slot gap marble clearer’ waggling a stick through the front wing at each tyre stop is something to look forward to.

On Monday it was reported that only 80,000 of the 120,000 race day tickets had been sold and the promoters were slashing prices to fill the venue. This might work in the first year but it’s going to make your average Indian F1 punter very wary about buying his or her tickets early next year.

A spokesman said India hadn’t woken up to the idea of having an F1 race yet. But given the number of people turning out to the various demonstration runs prior to the event, you would have thought that the rush would be this year when it was still a novelty. Watching an Indian driver start 24th on the grid and finish as the last car on the road three laps down is hardly going to electrify a cricket-loving nation.

Obviously if they’re going along to support Sutil and Di Resta, then yes, they do have a chance of some points. The car does carry the national colours after all. And they are locked in one of the few battles left, the fight for sixth place in the Constructors’ championship with Sauber and Toro Rosso.

There is also the question as to who will finish second in the drivers’ table. That really could go down to the wire in Brazil. Jenson is currently there, Fernando would like it, Mark says he’d sooner have race wins, but you can bet that Christian Horner would like the neatness of having his drivers 1-2 in the table.

But the biggest question of all is this: will Lewis be smiling if he gets to the podium…? With the infectious enthusiasm of the Indian fans, it’ll be hard not to.