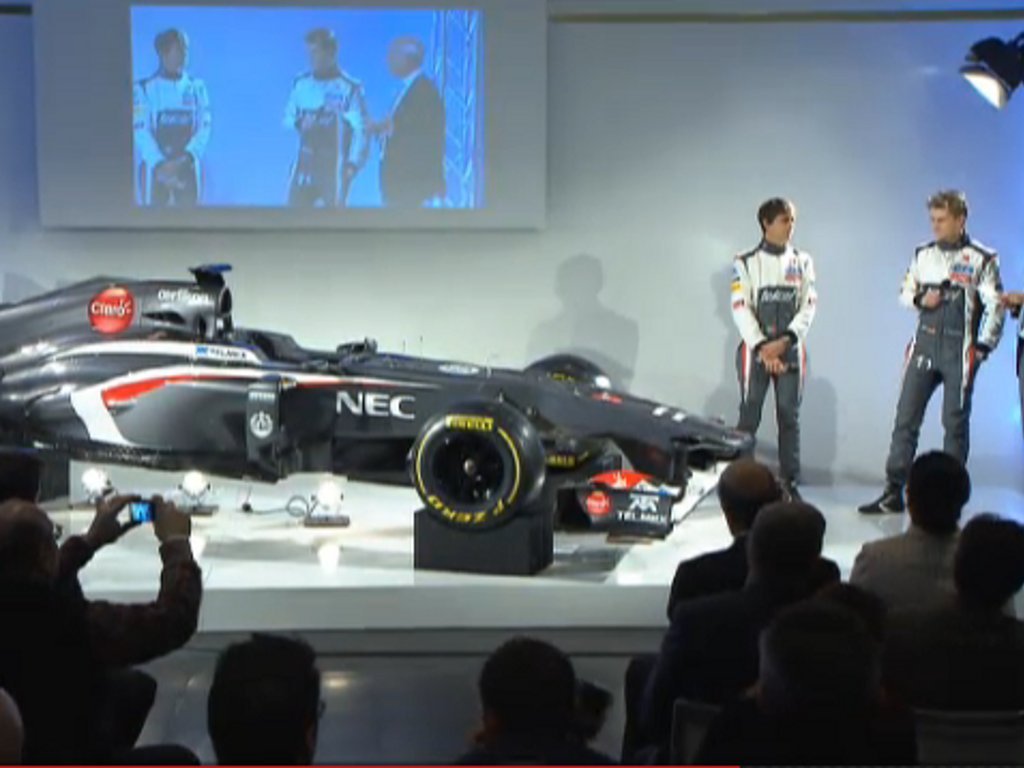 Sauber have taken the wraps off their new C32 while also introducing an all-new driver line-up in Nico Hulkenberg and Esteban Gutierrez.

Marking Sauber’s 21st year in Formula One, the team’s new challenger is an evolution of last year’s C31, which achieved an impressive four podium finishes that included two runner-up results.

The first notable change in the car is the vanity panel, which hides the stepped-nose, while the car also has small sidepods.

The livery is also different as Sauber’s primary colour is no longer white but grey.

Speaking at the launch team boss Monisha Kaltenborn said: “I’m very excited but also a little tense as the launch is a very exciting moment

“We are just days away from hitting the track where we will compare ourselves for the first time to our competitors.

“The aim is very clear and simple: we want to continue to improve ourselves and a key factor in this is the car.

“The Sauber C32 is based on its predecessor, which was a very competitive car.

Formula One’s only female team boss also spoke of the excitement and pressure of leading the team for the first time and having “Peter watching over my shoulder.”

As for her driver line-up, which is brand new this season with Hulkenberg moving over from Force India and Gutierrez being promoted, Kaltenborn is confident they can do the job.