Home Uncategorized It Is Only ‘Four Races From 21’ 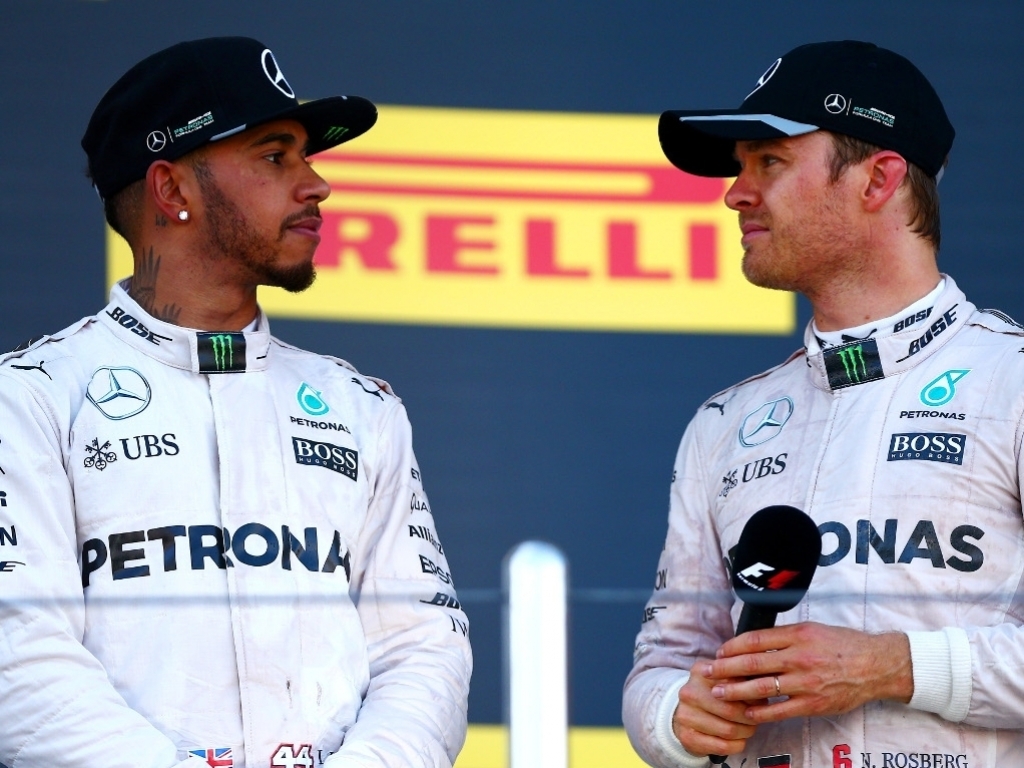 As Formula 1 conspiracy theorists hit high gear, Mercedes have rubbished suggestions they are deliberately hampering Lewis Hamilton while insisting the Brit can fight back. And fight back he will.

Nico Rosberg was the first to say after his latest victory, which brings his tally to four from four for this season, that it is just “four races from 21.”

That means there is still a total of 425 points to play for with Hamilton’s 43-point deficit just a tenth of that.

In 2012 Sebastian Vettel trailed Fernando Alonso by 44 points before a run of four straight victories in Singapore, Japan, Korea and India pushed him up into the lead.

James Hunt was 38 points behind Niki Lauda in 1976 when disaster befell the Ferrari driver and Hunt fought back to take the title.

So it can be done, it has been done and it is not as if we are even half way through the season.

Even Hamilton’s win-less streak is not that much of a concern.

The Brit last tasted the victory champagne in Austin last season. That makes it six months since he has won a grand prix and a run of seven races without a Sunday P1 to his name.

However, Hamilton has had droughts in the past, two consisting of 10 successive races without victories.

Brazil 2008 started a win-less run that he broke at the 2009 Hungarian GP while he had another period of 10 races without a win from Belgian 2013 which he ended at the following year’s Malaysian Grand Prix. He went onto win the 2014 World title showing that even his win-less runs can end in glory.

So what is the big concern? Well that would be reliability and incidents.

Last season it was Rosberg who had a tough time of it. He was keeping Hamilton honest throughout the opening half of the season only to fall off the podium for the first time in Hungary after being clipped by Daniel Ricciardo.

An engine issue in Italy meant a point-less Sunday while his Russian GP ended when he retired from the lead with a stuck throttle. No one blamed Mercedes for picking on Rosberg, they just acknowledged that at times in Formula 1 a driver has a few bad races.

Rosberg’s woes not only played into Hamilton’s hands but boosted his confidence and the Brit raced to his third World title.

This season it is Hamilton’s woes that are playing into Rosberg’s hands and boosting his confidence.

First lap incidents for the Brit coupled with engine issues in qualifying have bolstered Rosberg’s title chances as he has raced to four largely unchallenged grand prix wins.