Home Uncategorized It is war as F1 heads to Spain 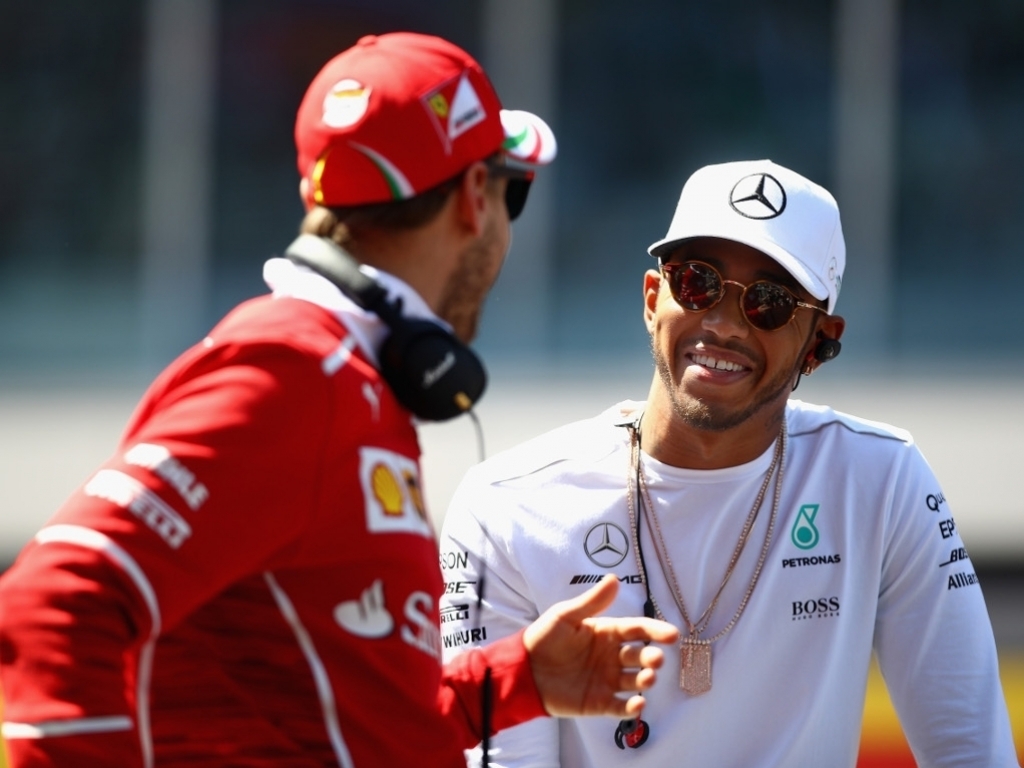 Formula 1 returns to the Circuit de Catalunya, the most lapped track on the calendar, for this weekend’s Spanish GP and the start of the war – the development war that is.

With new regulations in play this season there is still a great deal of scope for teams to gain more time meaning this year’s development race is likely to be hotter than in previous seasons.

One team hoping to get the jump on their rivals, or at least draw level, is Red Bull Racing. The Milton Keynes squad will introduce nothing short of a B-spec car as they remain the only top-three team yet to reach the top step of the podium.

However, championship leaders Ferrari and Mercedes won’t be standing still. Although the Scuderia already ran new wings and a floor to the Bahrain GP, a race won by Sebastian Vettel, they are expected to bring further updates to Spain while Mercedes’ W08 could have a complete aero overhaul.

Although Ferrari’s updates are expected to be fewer than their main rivals, Vettel and Kimi Raikkonen will be hoping that a return to the Barcelona circuit – where they came to the fore in pre-season testing – will see them once again hit the front.

Vettel, who is leading the Drivers’ standings by 13 points over Lewis Hamilton, already has two wins to his tally; Australia and Bahrain, while Raikkonen has yet to get off the mark.

The Iceman has been running a bit hot this season, losing his cool at times, but heads to a circuit where he knows how to win having done so in 2005 and 2008. Raikkonen is one of only two current drivers, the other being Fernando Alonso, with more than one Spanish GP win to his name.

Vettel, Hamilton. Felipe Massa and Max Verstappen are all on the winners’ list with the Dutchman’s 2016 victory a surprise as it came just days after his promotion to Red Bull. That, though, was not the only unexpected win that Spain has delivered in recent years, the most notable of which was Pastor Maldonado’s tyre triumph in 2012.

This year, tyres won’t likely play as big a role with Pirelli bringing their hardest range to the race and not expecting too much degradation. While the hardest range is often Ferrari’s worst, the warmer conditions will suit the Scuderia offering what should be a level playing field – at least with the tyres.

However Valtteri Bottas, winner of the last race in Russia, reckons tyres could yet play a pivotal role as the teams are still trying to understand Pirelli’s new rubber and why at some races they can find the sweet spot, but at others cannot get them to work at all.

The midfield battle may be separated by 25 points – Force India in fourth to Haas in eighth – but it is closer than it looks in the standings. Barcelona is a track that has suited Force India in recent years and with their raft of updates, Sergio Perez and Esteban Ocon will be determined to continue their run of top-ten finishes.

As for local heroes, Spain has two on the grid in Alonso and Carlos Sainz. One will be hoping for solid points, the other just to start the race. And it’s not Alonso, despite being a two-time World Champ, who is chasing the points!