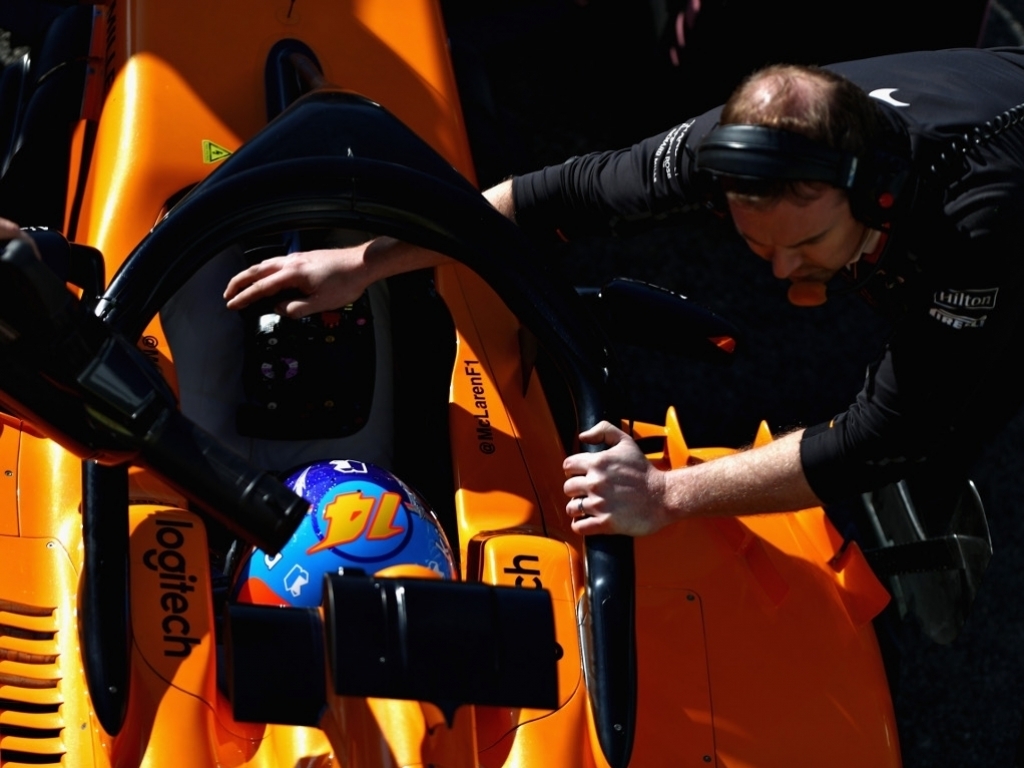 After three years of Honda troubles wearing them down, McLaren decided last season to drop the Japanese engine supplier in favour of a move to Renault power.

The move not only saw Alonso re-sign with the team for 2018 but Boullier reckons it is bringing out the best in his driver.

He told Autosport: “Watch him, it’s a different Fernando here this year.

“You can see he’s here [at the track in pre-season testing] before lunchtime when it’s not his day to run.

“I remember last year he was coming at 7pm. [This year] he’s in before lunch.”

He added: “He’s happy, yes. He’s a competitor, so he wants the best of the best and he wants more, always.

“Alonso is in a different mindset this year.

“He’s spending a lot of time here even when he’s not driving the car, so he’s quite interested and supportive of what we are doing.”

And it is not just Alonso who is buoyed by the swap to Renault.

“You know you have a race-winning engine in the back of the car,” Boullier said.

“So, you might not be the best in the pit lane but it’s still good enough to fight for podiums and race wins.

“Clearly there is a big boost in terms of morale for the team, a bit of excitement.

“I have to say I was impressed in the last three years, McLaren keeping the motivation, trying to be the best race car and the change is a massive boost.

“We had to reset a little bit the mindset to move into finding performance in the car, in the race team, in the operation of the team, which we had lost a little bit.”