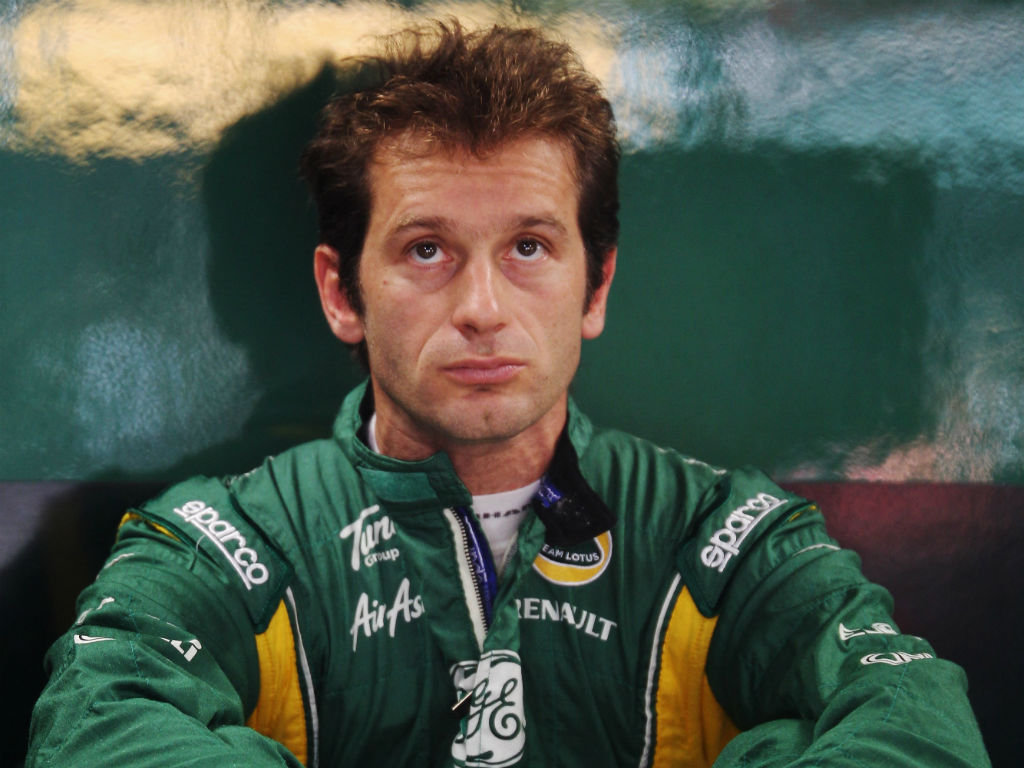 Jarno’s background, like many of his F1 peers, is in karting, where he was regarded as one of the finest talents to grace the sport.

Jarno’s background, like many of his F1 peers, is in karting, where he was regarded as one of the finest talents to grace the sport.

Many believe (or believed?) that, given the right car and the right environment, Trulli could become Italy’s first Champion since Ascari.

As a promising young Italian driver, Trulli started his F1 career with Minardi in 1997 before switching to the more competitive Prost team midway through the season following Olivier Panis’ dreadful accident at Montreal.

On the Frenchman’s return, Trulli handed back the drive, although a fourth place at Hockenheim and a scorching Austrian GP – where only a blown engine denied him an astonishing win – was enough to give him a permanent seat alongside Panis the following year.

A woefully inadequate car in 1998 meant a frustrating season, the only vague bright spot being a sixth place at Spa.

1999 was much of the same, with Trulli becoming increasingly unhappy with the poor performance of the car.

For 2000, Trulli joined Jordan, lining up alongside Heinz-Harald Frentzen. Another frustrating season brought none of the rewards he had been hoping for.

However, Jarno put his faith in the Honda engine making them more competitive in 2001. But once again Trulli flattered to deceive, the Italian often putting in good qualifying performances, but failing to deliver when it came to the race.

Such a scenario has tended to blight his F1 career.

His best results in 2001 were fourth-place finishes in Indianapolis and Barcelona. He ended the year ninth overall with 12 points.

In 2002 he swapped teams with Giancarlo Fisichella and seemed to get much the better deal at Renault. He outgunned Jenson Button in qualifying, though by mid-season Trulli was getting the more powerful evolution of Renault engines if one were to blow up in practice.

Yet his reputation as ‘a bit of a choker’ was not enhanced through the year and Button easily outraced and ultimately outscored him. Nonetheless, it has to be said that Trulli was badly handicapped by Renault’s unreliability – had his car held up slightly longer, the two drivers would probably have ended all square.

The following season was a frustrating one for Jarno. Bedevilled by misfortune and a lack of reliability, his reputation took a battering as another Flavio Briatore prot