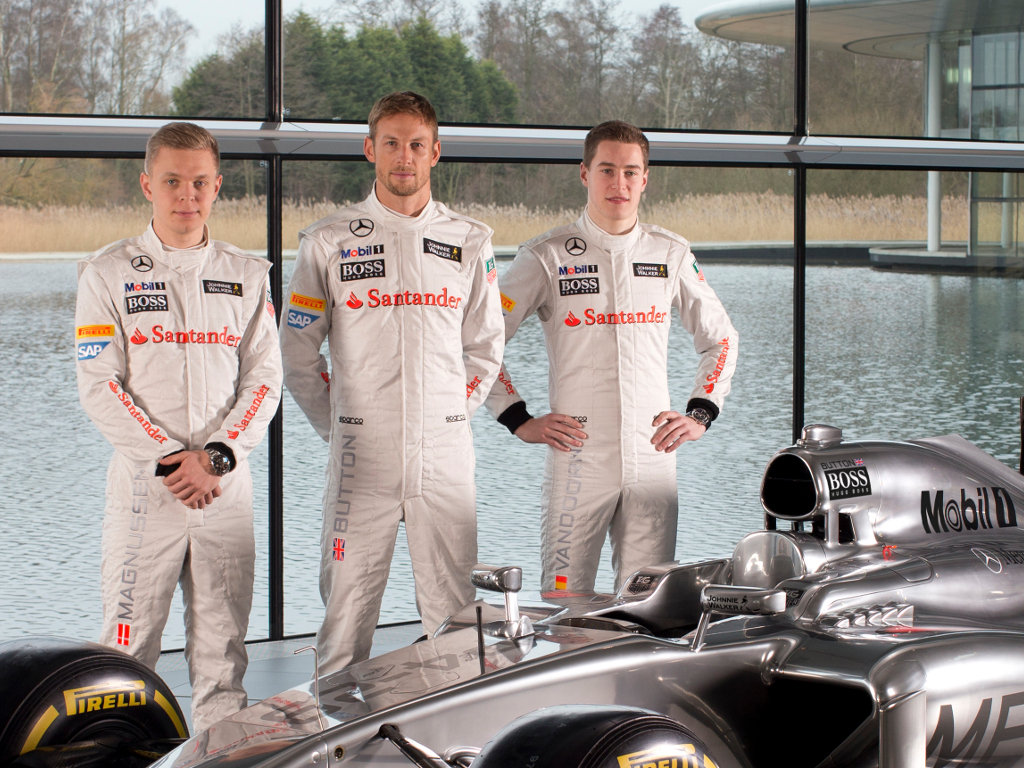 2009 World Champion Jenson Button has come a long way from his F1 playboy days and has proved that he can mix it with the big boys in the sport.

Growing as a driver as he came through the ranks at Williams, Benetton, Renault and BAR, Button found himself at Honda 9 under the leadership of Ross Brawn.

Winning his first grand prix in the wet in Hungary 2006, it wasn’t until three years later that he again reach the top step of the podium in what was to be a Championship-winning season.

Armed with the controversial double-decker diffuser, the team, then known as Brawn GP, dominated the early half of the season with Button claiming six wins in seven races.

And even when Brawn’s rivals caught up, it proved to be enough of a lead to ensure the Brit clinched his first – and to date only – Drivers’ Championship title.

A move to McLaren the following season did not yield the results Button had hoped and four years later he is still chasing his second title. Although this season even a race win would be good after McLaren failed to secure even one in 2013.

And with the new regulations coming into play, Button believes this could be his year.