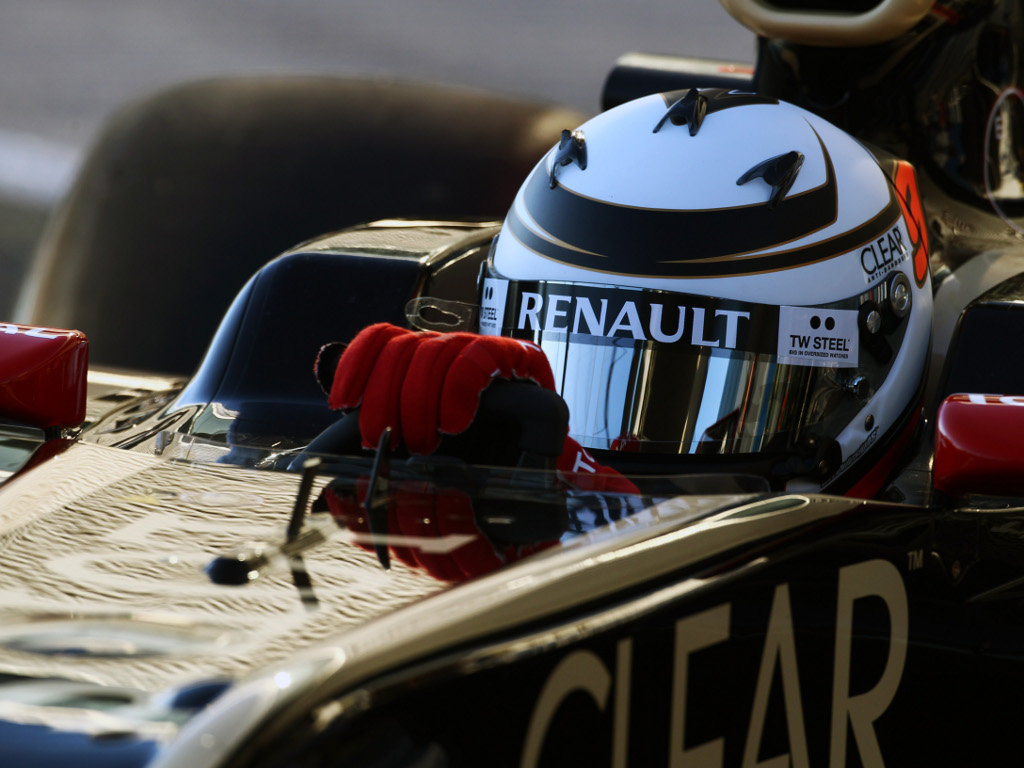 Kimi Raikkonen’s return to Formula One was off to the perfect start at Jerez on Tuesday as the Finn posted the fastest lap time of the morning.

It was an impressive start to his comeback as not once during the session did Raikkonen relinquish the P1 slot,

However, Lotus tech director James Allison was quick to downplay the Finn’s P1 time, saying: “The teams are doing a whole mixture of different programmes at the moment and we obviously don’t have any clear idea of what the others might be working on currently.

“We will start to know where we stand as things unfold over the coming days and weeks, but it’s still very early doors and the real picture will only come together when we get to Melbourne for the first race.

“The important thing is that we’ve completed the most number of laps so far; while there are obviously no prizes for that, it gives us a strong platform on which to base our development programme.”

Paul di Resta, who was putting Force India’s new VJM05 through its paces, was next in line, 0.102s behind Raikkonen while Nico Rosberg, who was driving a modified version of last year’s W02, was third.

Webber, though, had a slow start to his morning as the Aussie only ventured out late as Red Bull had to wait for components to arrive. He managed just eight laps with a best time of 1:21.474.

Jenson Button, the only one riving a new car that did not feature a stepped nose design, finished ahead of Felipe Massa. Button, though, reportedly had a few problems with the floor of his MP4-27 overheating.

Meanwhile, Ferrari were happy with Massa’s first few hours as he put in the laps in his flo-painted F2012, finishing just over three seconds adrift of Raikkonen’s best.

“The first part of today’s job has been completed without any issue on the car,” the Italian stable Tweeted.