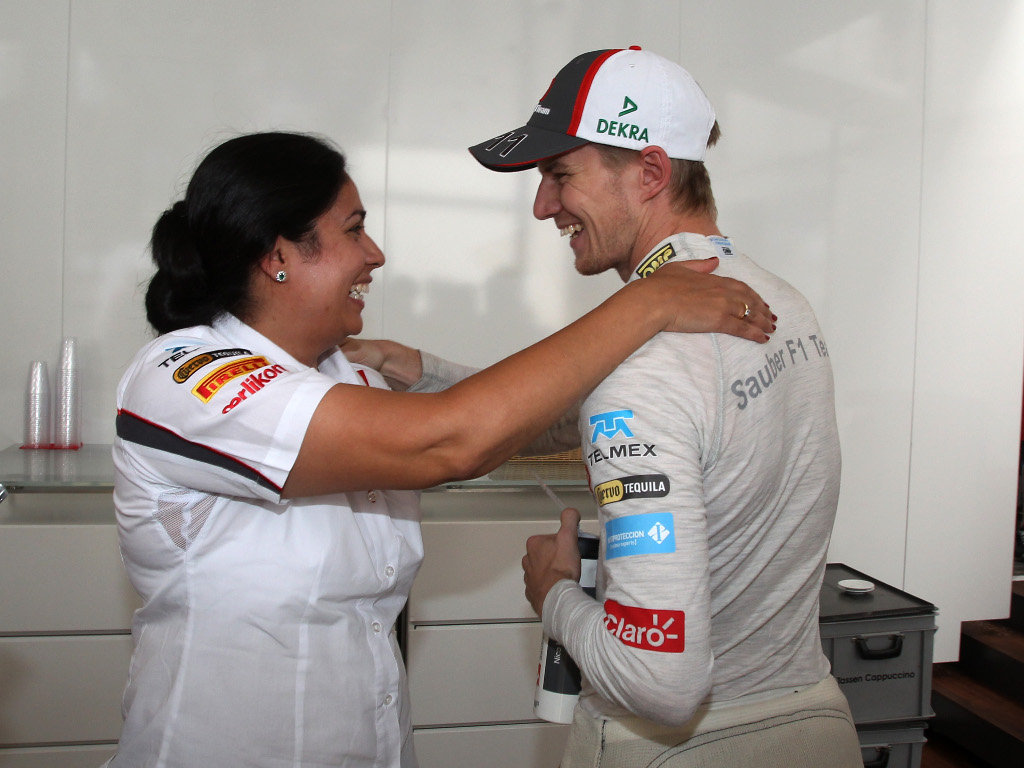 Monisha Kalternborn concedes that while Nico Hulkenberg has been “absolutely good” at Sauber, the team has failed to live up to expectations…

Monisha Kalternborn concedes that while Nico Hulkenberg has been “absolutely good” at Sauber, the team has failed to live up to expectations.

With all the rumours flying around it appears to be only a matter of time before Hulkenberg confirms that he is leaving Sauber at the end of this season.

Having lost out on a 2014 Ferrari driver, the German is believed to be leading the chase to replace Kimi Raikkonen at Lotus.

For now, though, he remains a Sauber driver with his team boss conceding that this season – what looks to be Hulkenberg’s first and last at the team – has not gone according to plan.

“When you look back to when we announced the partnership, we saw Nico’s performance which impressed us,” Kalternborn told the official F1 website. “At the same time I assume he saw the team’s performance, which was somewhat different to what it is this year.

“Based on this – and, of course, we are all aware of the risks in Formula One – and keeping in mind that the rule changes were not that big for 2013, we both entered our cooperation with high expectations. And not just of each other, but of ourselves – we also had high expectations for us. Unfortunately those expectations were not fulfilled.

“We know more or less where we went wrong, but unfortunately it is a situation where you cannot simply implement what you want. We know that what we have done so far has moved us in the right direction, so if we could have done this before who knows what would have happened with our season? But that is, of course, pure speculation. Keeping that in mind I think we both adjusted to the situation.

“I must be very fair and say that the performance Nico has shown so far is always been absolutely good. There is nothing in that respect where we as a team could say we were disappointed. The potential that the car had, Nico always brought it out.”

Pressed as to whether Hulkenberg has not given Sauber time to turn their fortunes around, F1’s only female team boss refused to point the finger at her driver.

“Well, we’ve had these situations before and I don’t think that there are any hard and fast rules,” she said. “Drivers come, drivers go. Hopefully the team stays and – in our case – remains the fourth oldest.”

As for Hulkenberg’s team-mate Esteban Gutierrez, Kaltenborn insists he has delivered what was expected of him despite having not claimed a single World Championship point.

“Absolutely,” she said. “He went through a rough ride at the beginning, but he has come out of it very well.

“He has matured over the course of the races – on the technical side too – but the unfortunate part is simply that the results don’t actually reflect his improvements and his level of performance. That’s maybe one point where we as a team have to somehow help him – and if you put it all together he can do that.”

The Indian team boss, though, refused to comment on whether the Mexican racer will remain at the team next season. “We will announce our driver line-up – which we always do for one year – when the time is right.”

Also questioned about Russian teenager Sergio Sirotkin, who made his F1 debut during a demo run at the Sochi circuit earlier this week, Kaltenborn insisted that despite his age he will race next season.

“We have Sergei Sirotkin under contract and it is our intention that in 2014 he will be one of our drivers.

“We are convinced by him: he is a young and talented driver. Of course, to say now how he will really do on the track would be mere speculation, but we feel that from the ingredients he brings – and from what everybody could see in Monza – the basis is good. With all this we have a good feeling about preparing him for his super license and then to get him in.”