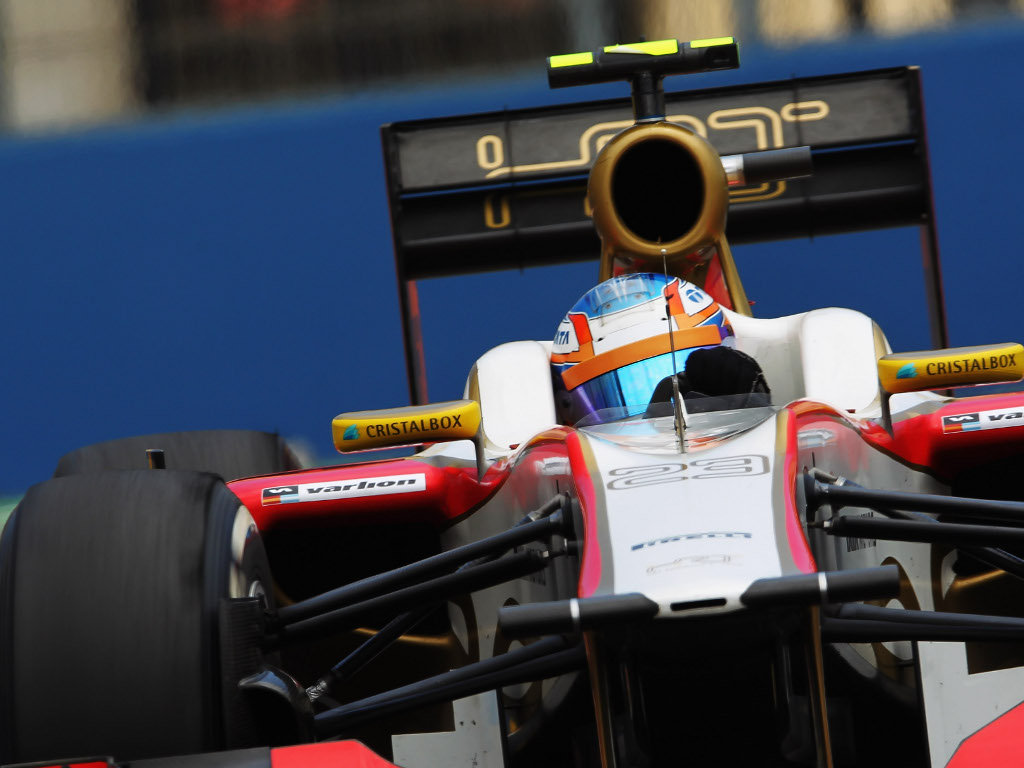 Narain Karthikeyan insists he has no regrets over his decision to stay with HRT this season, saying the team’s new management has helped to turn their fortunes around.

The Spanish-based squad continue to languish at the bottom of the Constructors’ Championship and they have generally struggled to match fellow strugglers Marussia.

Karthikeyan says they have come a long way since the first race of the year.

HRT failed to take part in the Australian Grand Prix after qualifying outside the 107 per cent margin, but they have reached their mark in the last eight races.

“We have come a long way since the disappointing season-opener,” the Indian told the Deccan Chronicle.

“It was a low point as I never thought I would be a spectator in Melbourne. But I never regretted the decision to continue with HRT. The team used to work like a GP2 outfit, but a change in the management has showed that they belong to Formula 1.”

He added: “The car has improved a lot compared to last year’s, to be precise two seconds faster. It’s much more reliable. In the last few races we have proved that our car is quick in qualifying but we haven’t yet shown it in a race situation.”

Karthikeyan is also confident they will continue to improve and move closer to Marussia.

“Exciting time ahead as the team is working on several upgrades,” he said.

“Mechanically the car looks fine now; so the team’s focus is on bringing more changes in the aerodynamics when the season resumes after a month-long break at Belgian GP in the first week of September. We are expected to run a lot more closer to Marussia. I am excited about the upgrades especially with the Indian GP scheduled for the second half of the season.”

As for his future in the sport, the 35-year-old said: “Formula One is a complicated business, but I would love remain with HRT as I am very comfortable dealing with this management. I know the team’s plans for the 2013 car and it’s expected to be much more advanced. So I am excited about it.”