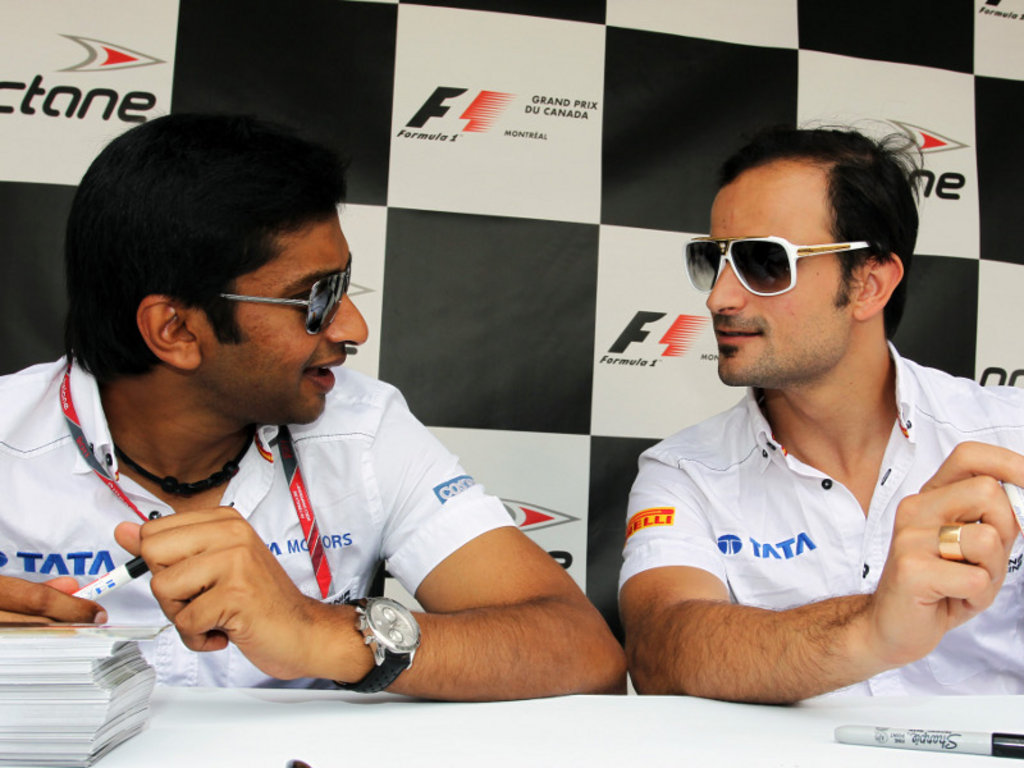 Narain Karthikeyan will replace Tonio Liuzzi and not Daniel Ricciardo at HRT for next weekend’s Indian GP.

Karthikeyan was dropped by the team ahead of the British GP to make way for Ricciardo. However, at the time there were reports that he would return to action at his inaugural home race, the Indian GP.

This was confirmed by HRT last month, who put Karthikeyan in the car in Friday’s first practice at the Japanese and Korean GPs in order to get him up to speed.

And although it was initially thought that he would take his race-seat back from Ricciardo, HRT have confirmed that it is in fact Liuzzi who he will be filling in for.

“Driving in front of the home crowd cheering on is going to be a surreal experience. A once in a lifetime experience and I feel extremely fortunate,” said Karthikeyan.

“There is a huge buzz around the Grand Prix already and I’m sure that it’ll be a resounding success that will motivate more youngsters towards the sport and give us the future F1 drivers.

“Making it into F1 at the time I did was a seriously uphill task and the thought of being able to compete in the inaugural Indian GP was non-existent. But it is finally here and I’ll be on the grid.”

Karthikeyan reckons the layout of the Buddh International circuit means the Formula One drivers are in for a “challenging” experience next weekend.

“It is going to be one of the most challenging circuits on the calendar. There are points at which, if you’re in an F1 car, you will see nothing but the sky.

“The layout itself is going to put tremendous energy through the tyres and the strategy will play a key role in the final result. For sure I’ll race hard and try to get a good result for myself and the team.

“I would like to ex press my gratitude towards Tata Group and the rest of sponsors for their continued support and belief throughout my career.”