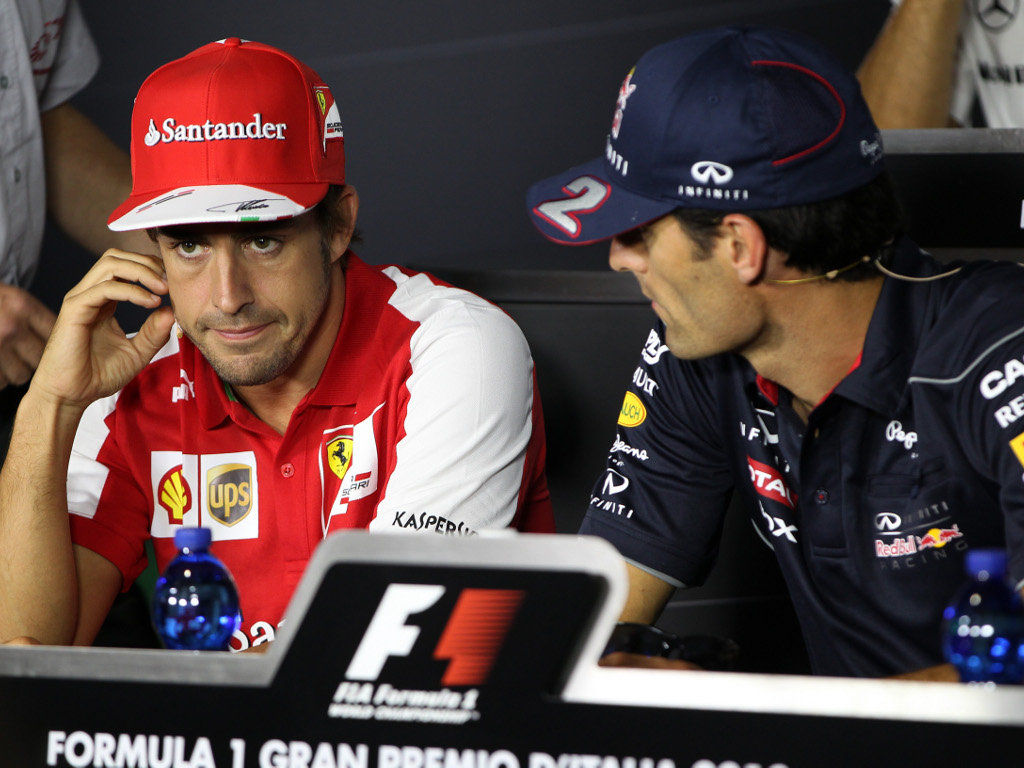 Mark Webber believes Ferrari have signed Kimi Raikkonen as a stopgap until they can get their hands on Sebastian Vettel in 2016.

Earlier this week Ferrari confirmed that their 2007 World Champion Raikkonen would be returning to the fold next season, teaming up with Fernando Alonso.

The move places two ‘number one’ drivers at Ferrari for the first time since 1953 and although Webber reckons it is a “bit of a gamble”, he understands why Ferrari have done it.

And one of those reason, he says, is Ferrari’s intention to sign Vettel for the 2016 season.

“For lots of reasons Ferrari need to be winning again in Formula 1,” the Red Bull racer told Sky Sports F1.

“It has to happen so this is the first step forward for them to get the team back in [title-winning form].

“Constructors’ is important, Ferrari winning that, and then the Drivers’ Championship as well. So those two things have got to come together.”

He added: “There are so many reasons why it’s a bit of a gamble to help Ferrari.

“Two years for probably both of them actually I think. And then what they do after that obviously [is] pick Seb up off the back of Red Bull and they keep moving from there.

“But it’s a very short-term aggressive statement from Ferrari to put the team at the front.”

The other big upside to signing Raikkonen is that Webber feels the Finn will push Alonso especially in qualifying, which is where Ferrari are lagging behind.

“They need Fernando to be pushed,” the Aussie said.

“He needs to be squeezed on Saturday afternoon to get the car further up the grid. That’s why the car is phenomenal at starts and got all those other strengths because they think there is inherent weakness obviously in qualifying.

“Fernando over one lap needs to be pushed and that will help him on Saturday afternoon with Kimi being there.”