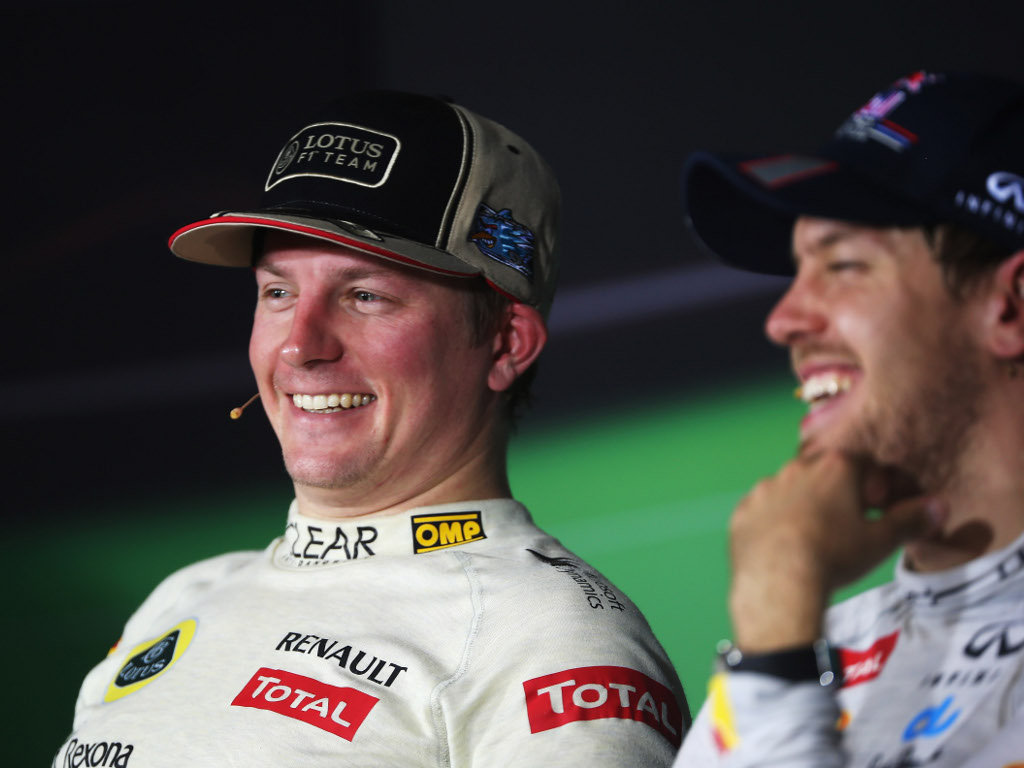 Kimi Raikkonen reckons the one up side to winning the Abu Dhabi GP is that people can stop asking him if he believes he can win a race.

The Finn, who returned to Formula One with Lotus this season, arrived at the Yas Marina circuit on Sunday morning with three runner-up results to his name but no victory.

That meant he was the only top six driver in the Championship without a race victory to his name, prompting many to ask the 2007 World Champ whether he believed he still had what it takes to win.

He showed the world on Sunday evening that he does.

“To be honest it’s just another win on the list for me,” the Lotus driver said of his Abu Dhabi triumph.

“It’s great of course, because it’s been a few years, but the wins prior to this one were very similar; we didn’t have the best car, but we fought and still won.

“It’s great to win now, so people will stop asking me if I can win or not, and at least it makes it a bit clearer!”

Pressed as to whether it was ‘good’ that the question had been answered, the 33-year-old said: “I never cared really what people think – if I don’t finish the next race, then they’ll think that I’m as bad as that race,” he said.

“I’ll just do my thing, and if I’m happy with what I’m doing and it’s the best it can be for the team, then that’s that.

“So I really don’t care if people are thinking differently of me now than what they did three hours before the race.”

Raikkonen also wasn’t fazed by the fact that his victory put the Lotus name on the top step of the podium for the first time since Ayrton Senna won the 1987 US Grand Prix.

“It’s been a long time for them, I guess,” said when it was pointed out to him.

“It’s a name. It’s the same team, and it has been since Fernando was there, but just a different name.

“It’s a great name for us, a good past, but you know I race for the team whatever the name is.

“I don’t really care, so it’s just for the guys who do all the work. Maybe it looks good in somebody’s eyes but for me it really makes no difference.”