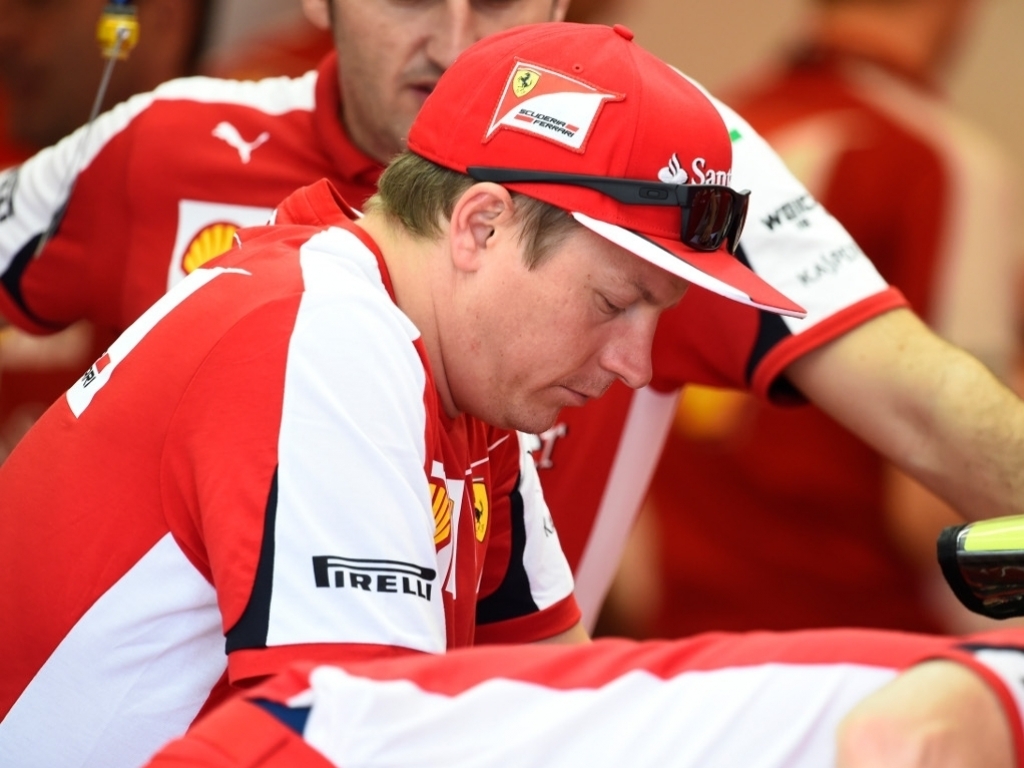 Kimi Raikkonen admits he was to blame for the crash that led to his retirement in Sunday's United States GP.

The Ferrari driver had a frustrating end to his afternoon in Austin as he lost control of his SF15-T and hit the barriers.

Raikkonen used his rallying skills to work his way out of the gravel and back to the pits where the car was fitted with a new nose.

Laps later he retired after it emerged that he had damaged a brake duct in the crash.

"It was my mistake unfortunately," said the Finn.

"It was quite slippery there, and I didn't see probably there was a little patch of water and I got loose on the rear.

"I didn't have enough run-off area, so I thought I would be OK if I hit the wall sideways.

"But then I got stuck to that advertising board, so I had to try to work with the steering wheel to get the board off the front wheel and then I managed to pull out.

"The brake duct got damaged, so the front brake overheated when I went out and we had to stop before we ran out of brakes."