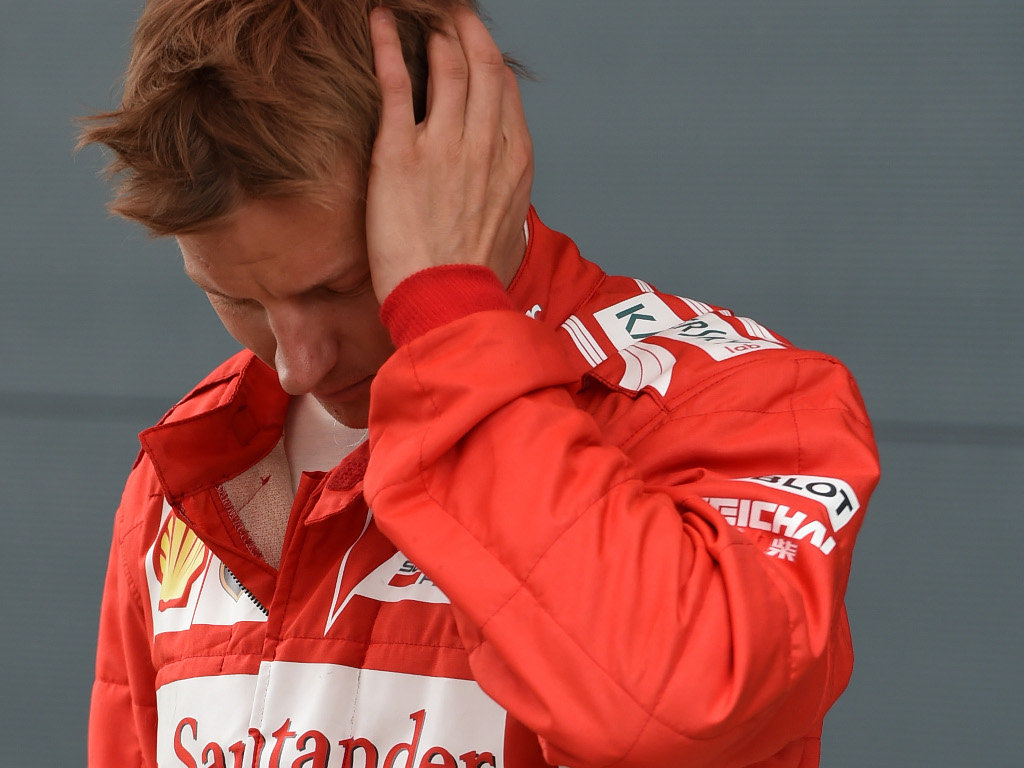 Kimi Raikkonen feels it was a “real shame” that he crashed out of the British GP as he had hoped to bring home some points.

Starting Sunday’s Silverstone race from 18th on the grid, the Ferrari driver made up places off the line.

However, carrying too much speed, he ran off the track and when he rejoined hit a bump.

That pitched him into the barriers on the right side of the track with the impact causing him to spin across the track before hitting the armco barrier on the other side.

“Unfortunately, my race today ended on the first lap, after I had managed to get away well, making up enough ground to be fighting for eleventh place,” he stated.

“At Turn 5, I went off the track and while trying to get back on, I must have hit a kerb.

“I then lost control of the car and ended in the barriers.

“It’s a real shame because yesterday, the feeling I had on track had improved and I was determined to do my utmost to bring home some points.

“I am really very disappointed with how things went today, but now I want to put this incident behind me and just concentrate on the next race in Germany.”

Raikkonen was taken to the medical centre with bruising to his ankle and knee. This has cast some doubts over whether the Finn will take part in next week’s post-British GP test.

“We have checked several times and we are taking a decision about what to do with the test, we still have to make a decision.

“I want to be 100 per cent sure that he is super fine but there is no major issue at the moment.”