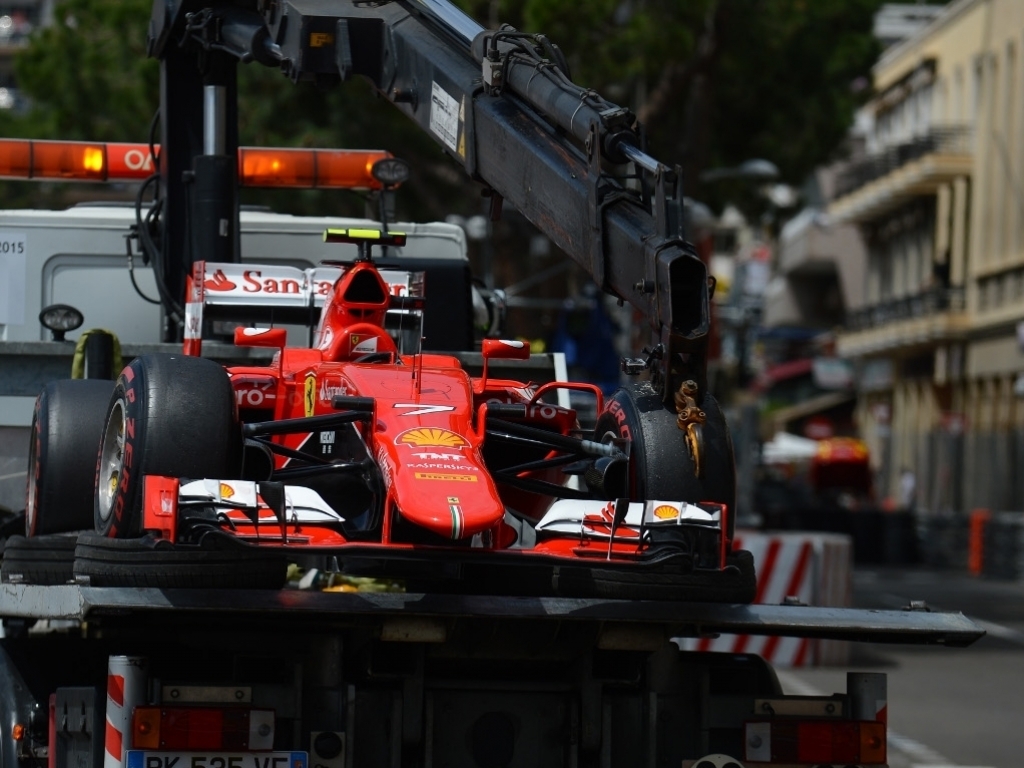 Kimi Raikkonen admits it "was not a very good day" for him in Monaco on Saturday and he will struggle on race day as a result.

The Finn was sixth fastest in F3 in the morning, but he had a brush with the barriers at Ste Devote and was unable to complete the session.

Although his mechanics fixed his car in time for qualifying, he could only manage the sixth fastest time in Q3 and will not only start behind the two Mercs and Ferrari team-mate Sebastian Vettel, but also behind the two Red Bull cars.

On a circuit where overtaking is very difficult, Raikkonen knows he will be in for a tough day on Sunday.

"I don’t think that the accident of this morning affected my qualifying. My car has been working pretty well so far, apart from the fact that it was hard to get the tires working," he said.

"You need few good laps to make a time and today in my last run I was too slow behind a Toro Rosso and decided to come in. Today we had the speed but not the chance of doing a clean lap.

"It was not a very good day and obviously tomorrow we are going to pay a big price. Tomorrow we’ll see what we can do, we’ll try to make a good start and go from there, even if it won’t be easy. Here there is a big chance to remain stuck behind other cars for the whole race and overtaking is really difficult: that’s why the result of today is very disappointing."